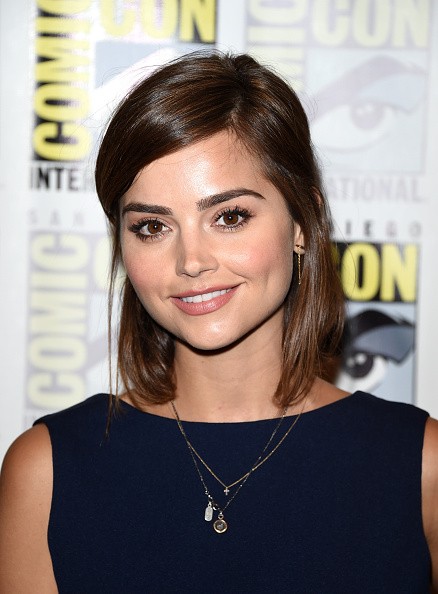 At SDCC 2015, "Doctor Who" season 9 star Jenna Coleman shared a few details on the upcoming sci-fi TV show. Among many things, she teased Clara's "reckless abandon" and how she's grown since being introduced as the Doctor's companion.

Asked how the loss of Danny Pink last season would affect Clara, the 29-year-old actress told a group of reporters, including Comic Book Resources, that she'll be travelling in space more next season.

"Yeah, I think since she's lost Danny, she's kind of cut ties a little bit to Earth, her perspective has changed. And all she wants to do is travel and have fun and meet some aliens and enjoy everything time and space has to offer."

She went on to add that Clara's "adrenaline-seeking high" eventually leads to "some danger along the way." The overall tone of the upcoming show will be "darker" with "really provoking episodes," according to "Doctor Who" season 9 star Jenna Coleman.

"But it's definitely the glory days of the Clara and The Doctor."

Next season will also be more "relevant to the some kind of stuff happening today" and may even be "more political," the Blackpool, England-born actress said.

Coleman assured fans that The Doctor will have Clara's back.

"They're both pretty reckless; they're both having the time of their lives living in the TARDIS - nothing to lose, seemingly. So yeah, it's definitely got that reckless abandon about it."

Fans may recall that Clara Oswald, aka "The Impossible Girl," was introduced during Matt Smith's run as The Doctor. Her first year as companion explored her mystery but it was only last season where she got character development.

Coleman described that storyline as "a fascinating way to work" but told io9 that she's happy Clara got to evolve as a character. She said "it was really refreshing" to see how Clara's life was like on Earth.

For "Doctor Who" season 9, Jenna Coleman said Clara will still be a schoolteacher but her students won't be involved in her adventures as much.

"Doctor Who" will premiere on September 15 on BBC One.