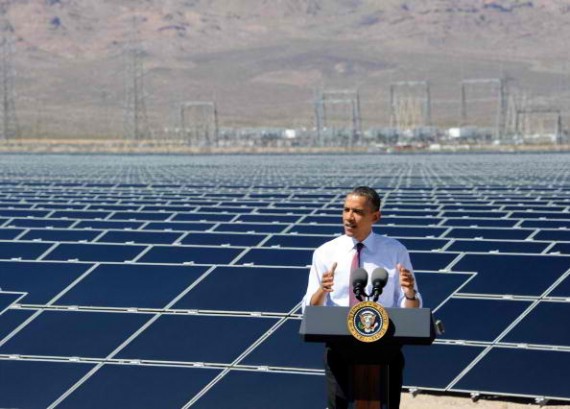 Several top U.S. companies have promised to support the Obama administration's latest initiative to address climate change, committing $140 billion in investments to reduce carbon emissions ahead of a United Nations summit this year.

The Wallstreet Journal identified 13 companies-some of the leaders in their respective industries- that will pledge to reduce their greenhouse gas emission and use cleaner energy. The announcement will be made on Monday by the companies  along with U.S. Secretary of State John Kerry at the White House during the launch of American Business Act on Climate Pledge

The Wall Street Journal said it is significant that the White House was able to secure the support of the corporate giants to build momentum for the climate action talks in Paris later this year, but noted that companies from industries that emit the most carbon are not part of the initiative.

Still, the paper said the companies are participating have made firm commitments to make a difference in carbon emissions.  Alcoa, a leading aluminium manufacturer, plans to bring down carbon emissions by half come 2025. General Motors will reduce emissions by a fifth from 2010 levels in five years. Bank of America will lend $75 billion until 20125 to support projects reducing carbon emissions.

The report added that President Barack Obama's administration has been stepping up actions against climate change as part of his legacy building efforts as his presidency winds down.

It added that the White House will announce more corporate pledges in support of its climate change drive later this year.