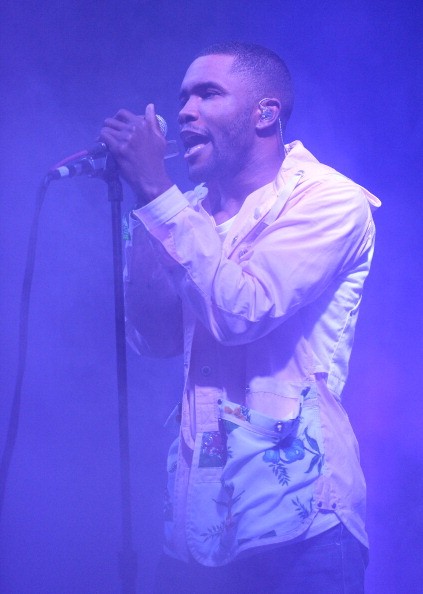 After initially claiming that he'll release his new album this month, Frank Ocean seemed to have delayed the launch.

Following his phenomenal debut album Channel Orange, the multi-talented singer is now expected to release a follow up.

Apparently, his first plan was to launch the album in July with "two versions," however, fans are now wondering where that album is.

And while the fans are anxiously waiting for Frank Ocean's new album to hit shelves, his record will reportedly feature collaborations from Hit-Boy and Rodney Jenkins, who reportedly produced the album, The Fader reported.

Bet on the other hand, claimed that pianist Christophe Chassol has also collaborated with Ocean together with Rick Rubin back in Abbey Road.

"Ocean invited me to Abbey Road to record on his album," Chassol said. "I asked him how he heard about me. He told me his friend Diplo was listening a lot to [my album] Indiamore, and they started to listen to it, and they were wondering how I was doing the speech harmonization, so he called me. He asked me to do some speech harmonization on a song with him."

In addition to the new album release date news, Frank Ocean's new song is reportedly included in Jake Gyllenhaal's boxing-themed movie, "Southpaw," after his song was heard on the closing credits of the film.

"Southpaw is going to be one of the biggest blockbusters of the summer," Letterboxd claimed. "Jake Gyllenhaal is phenomenal, giving a heart breaking performance. The film is very depressing and a bit manipulative, but overall incredibly touching and made me cry a lot. The plot is formulaic and predictable at times but still enjoyable. Use of color during matches is fucking beautiful. The action is so good, POV shots look so fucking cool. The worst thing Southpaw does is HEAVILY over scoring, but at least there is a new Frank Ocean song at the end."