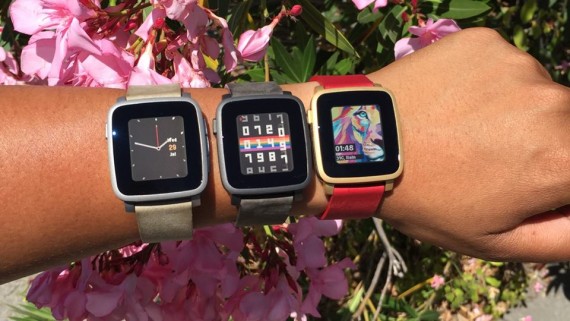 "Originally, Pebble had planned to begin shipping the Time Steel to Kickstarter backers in July, but the company now says shipping has slipped to the first week of August," PC World said.

Despite the delay, Pebble still wants to complete all shipments by the end of the month, according to the website.

Another issue concerns those who ordered the metal band. Originally meant to ship together with the smartwatch at the same time, "manufacturing delays with the band mean the Pebble will ship the two separately, in order to get the watch into customer hands as soon as possible," according to Android Authority.

"It appears that metal bands won't be shipped until at least September," Übergizmo said.

Not to worry though as the Pebble Time Steel will come with a leather strap anyway. What's more is that Pebble will reportedly shoulder shipping costs. Once manufacturing delays are sorted out, both the smartwatch and metal band will ship in the same package as originally intended.

At $299, the Time Steel is the more expensive version of the Time ($100). For paying extra, buyers get a smartwatch with a metal body finished in black, gold or silver and a leather band instead of plastic and silicon strap in the Time. This is on top of features shared with the Time such as an always-on color display and waterproofing.

"It also has a longer battery life of up to 10 days, compared to one week of advertised battery life on the Pebble Time," according to PC World.

The first batch of the smartwatch has reportedly left the factory on July 27. Pebble Time Steel delivery information should start arriving to its Kickstarter backers by next week.