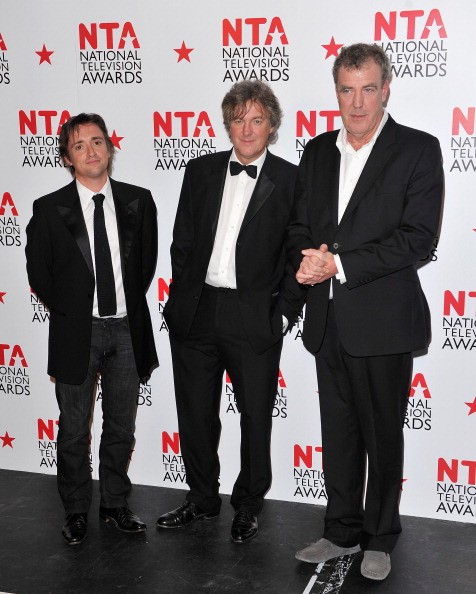 Amazon has signed Jeremy Clarkson's new show and when it does come out, the former "Top Gear" host will be joined by Richard Hammond and James May and proceed with their usual antics.

"The programme will air next year and could go head-to-head with the BBC's revamped 'Top Gear' show presented by Chris Evans. Three 12-episode series have been confirmed so far," The Telegraph said.

Clarkson, Hammond and May all shared the news with fans via Twitter. Also joining them is former "Top Gear" producer Andy Wilman. But The Stig won't join them as the BBC holds the rights to the "tame racing driver."

The confirmation ends months of speculation where fans eagerly awaited the trio's return. Before Amazon snagged Jeremy Clarkson's new show, rumors pointed to Netflix as the frontrunner in the race. This after a "non-compete" clause from their BBC contracts barred Clarkson, Hammond and May from making a "Top Gear" rival show with ITV.

But why sign with Amazon? Speaking with Broadcast, according to The Telegraph, Wilman explained:

"Everyone we have talked to has said to us, 'They leave you alone to make your show.' That's a big one for us - we don't like interference. We don't need to be policed."

The thought of having "no-one telling [them] what [they] can and can't do" was "really liberating," the executive producer told Radio Times.

Clarkson, Hammond and May's friendship will remain as the new show's main element and will have them engage in conversation and in adventures in various locales, as it was in "Top Gear." It will also retain its once-a-week schedule unlike Amazon's other shows made available in one go.

As for going against the BBC motoring show, Wilman reportedly said there was enough room for two motoring shows.

Despite trending on Twitter, The Daily Express reported that Amazon said "Drive2Prime" won't be the show's title and that it remains untitled.

Amazon Prime members will be able to watch Jeremy Clarkson's new show when it comes out in 2016. UK, US and German subscribers can watch the show hosted by the former "Top Gear" trio but there are reportedly plans to sell it to other countries.