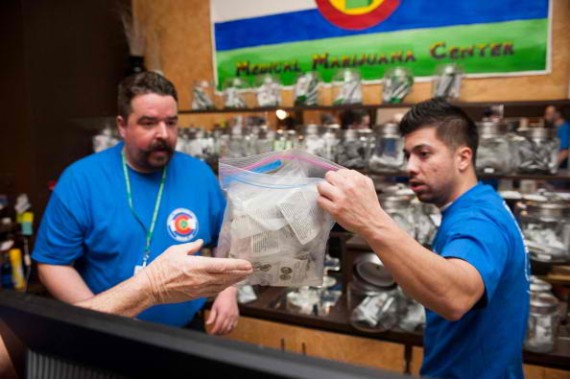 A credit union that aims to serve Colorado's marijuana industry, has filed cases against the Federal Reserve and the National Credit Union Administration for barring them from doing business with other financial institutions.

Yahoo News reported that The Fourth Corner Credit Union in Denver was rejected in July by the Federal Reserve in its application for a master account, which is key in its goal to provide financial services to the marijuana industry in Colorado where recreational drug use is allowed by the state.

The National Monitor said TFCCU was also denied by the NCUA given its lack of a track record and with marijuana still prohibited under federal law. It added that cannabis proprietors complain about the lack of access to financial institutions to their businesses, which raises security risks and limits enterprise growth due to tightness in capital.

The National Monitors said marijuana proprietors are concerned that their businesses, customers and employees may be targeted by criminals knowing they are carrying cash.

The report added that 400 banks are currently serving Colorado's marijuana industry but charge high interest rates, which gives a credit union that can offer easier terms a room to meet the sector's specialized needs.

Yahoo News said that there are pending laws in Congress that seeks to harmonize state and federal laws on the marijuana industry and will be helpful in supporting its growth.

Dan Riffle, the Marijuana Policy Project's director for federal policies, warned that security officials in all levels would have a big problem on their hands if the marijuana industry is forced to operate on a purely cash basis because it has limited access to financial institutions.

"It's almost as if they want these businesses to get robbed, and for violent drug cartels to continue to control the marijuana industry," he told Yahoo News.