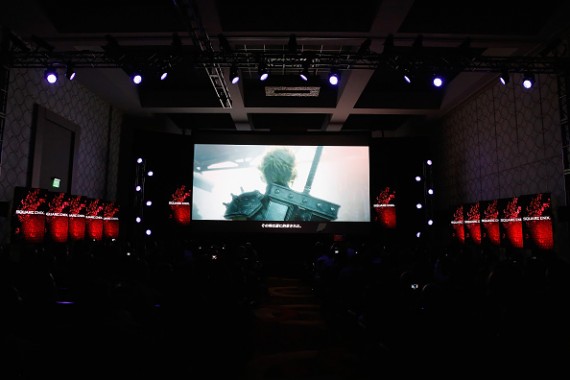 As confirmed by director Tetsuya Nomura himself, the "Final Fantasy 7" HD remake will approach its combat system from another angle. The "dramatic changes" in store the game may not be welcomed by purists and fans of the franchise but there may be good reason for it.

According to GamesRadar, Nomura spoke to the Official PlayStation Magazine and teased a major overhaul for the game's combat system. But not so much as it would make the game itself completely different from the original.

"And of course, that being said we want to clarify: We're not going to be changing it into a shooter or something like that. We are going to be bringing dramatic changes, but we want to make sure it's still recognizable," Nomura said.

For visual references, the 2005 flick "Final Fantasy VII: Advent Children" will supposedly serve as inspiration for the "Final Fantasy 7" HD remake. But Nomura was quick to point out that they "don't intend on utilising [its] 3D models" noting that it's been a decade since it first came out.

But does Square Enix really have to overhaul the remake's battle system that could see the Active Time Battle System go by the wayside? Kotaku's Phil Hornshaw thinks so.

"It's easy to see a scenario in which Square Enix looks at 'FFVII's' old Active Time Battle fights and worries that kids these days won't want to play them," he said.

Speaking from an American perspective, Hornshaw also noted how today's players are different from the first ones who played "FF7" when it came out in 1997. According to him, today's new breed of players identifies more with "Skyrim" rather than "Chrono Trigger" in the RPG genre.

Franchise Herald previously reported that Nomura said the "FF7" remake won't just be the original game with better graphics and that it will be "more on the realistic side."

The "Final Fantasy 7" HD remake will launch on the PlayStation 4 first although a release date hasn't been confirmed.