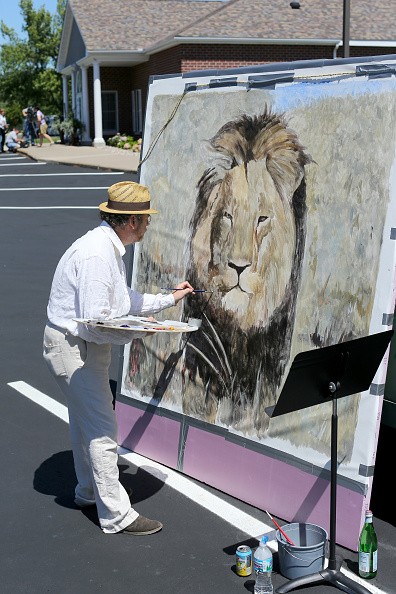 Many hunters have chosen to stay silent after the outrage that followed after Cecil the lion’s recent death.

However, Idaho huntress Sabrina Corgatelli has been flaunting her kills on her Facebook page, attracting hundreds of negative comments in the process, according to Today.com.

Corgatelli recently spoke on the photos that were posted of the various kills she made during a legal hunt in South Africa.

"To me it's not just killing an animal, it's the hunt,'' she told Carson Daly on TODAY Monday.

"There's a lot of personal things in my life that have happened recently that have added to that. I won't get into that or disclose those feelings. Everybody just thinks we're cold-hearted killers, and it's not that. There is a connection with the animal, and just because we hunt them doesn't mean we don't have a respect for them. Giraffes are very dangerous animals. They could hurt you seriously very quickly."

Despite all the hate she’s receiving on social media, Corgatelli doesn’t seem to care.

“To all the haters, stay tuned, you’re gonna have so much more to be p— about,” wrote the hunter on Instagram, according to the Washington Post.

During her recent interview with Daly, Corgatelli doesn’t seem too concerned about the fact that commenters on social media have posted information about her job and home address either

“Everything I’ve done here is legal, so who can you fault somebody because of their hobbies?” Corgatelli asked.

“How can an employer chastise you for something you do on your persona time that’s legal done?”