Honda Faces Airbag Problems Anew In US, Safety Regulators Say Up to 384,000 May Be Recalled 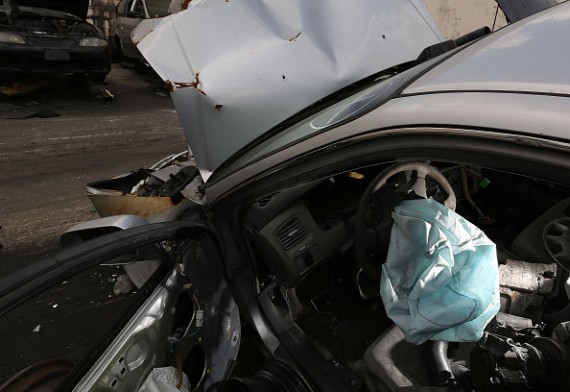 The U.S. National Highway Traffic Safety Administration (NHTSA) will investigate Japanese car maker Honda Motor Co. for its 2008 Accord sedans which motorists are complaining against for alleged faulty airbags that do not deploy during crashes.

Reuters said the NHTSA has received 19 complaints against the airbags of the said vehicle and that the agency is investigating the scope, frequency and consequence of the alleged failures.

The wire agency cited the NHTSA saying that a malfunction of the airbag module would prevent it from deploying. The safety regulator added that the malfunction causes the air bag indicator lamp to light up, which means that the system is disabled and must be repaired.

The Examiner explained that there is a problem in communication between the engine control module with the system that deploys the airbags. It added that some consumers have opted to have the modules replaced.

Reuters cited several of the complaints filed with the NHTSA, including one wherein a motorist was injured.

The wire agency said Honda is cooperating with the wire agency aside from conducting its own internal investigation. It added that up to 384,000 of the 2008 Accords may have to be recalled if the NHTSA determines this is necessary.

Reuters said the issue with the Accord sedan airbags is separate from the Takata airbag crisis that has forced the automotive industry to recall millions of vehicles worldwide. Installed for the safety of motorists, the Takata airbags have instead been found to be dangerous as having exploded in several occassions leading to injuries and even fatalities.

The Examiner noted that Honda has been the hardest hit among carmakers by the Takata airbag debacle since the company was its main supplier of the safety feature as late as February this year. It added that Honda had to recall 24.5 million of its vehicles worldwide because of the issue.