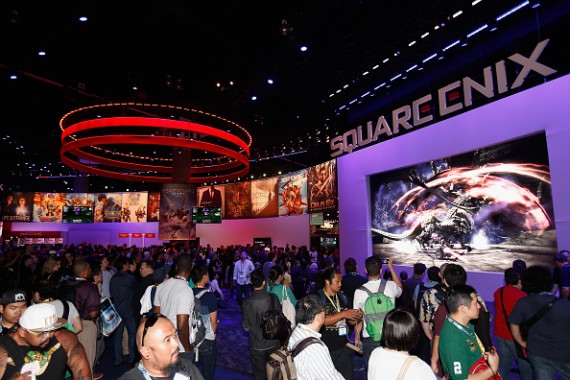 First announced at E3 2015 earlier this year, the "Final Fantasy 7" iOS port is finally here but an Android version has yet to be confirmed. Although it features the same gameplay as the original, it does come with a few changes.

The game is now available on the US App Store for $15.99. Based on the original's PC port, it works best with newer devices running at least iOS 8.

"The RPG's arrival on iOS is pretty wonderful news for 'Final Fantasy' fans, as 'VII' has long been considered one of the series' all-time standouts," The Verge said.

With its arrival on Apple devices, players old and new can follow Cloud Strife, Tifa Lockhart and the rest of the team on their journey against the evil Shinra Electric Power Company and do battle with Sephiroth.

According to CNET, the "Final Fantasy 7" iOS port "also features tweaks to make the game more easily playable on mobile devices, including an overhauled touchscreen control scheme that makes it easier to move characters around."

But players familiar with the original "FF7" launched in 1997 may notice a few "controversial additions."

Reportedly, built into the iOS port are cheat codes that turns off random battles and an optional command that allows players to get max stats with the flick of a switch.

Since building up characters is "a key gameplay aspect of RPGs," CNET can't help but think the inclusion of those options "kind of defeats the point." Still, some players may like the fact that they don't have to deal with random enemies and grinding and focus on the story instead, the website added.

As for an Android port, Android Authority thinks there could be one coming soon.

"While the Android release hasn't been 100 percent confirmed, Square Enix has been exceptional at bringing all its main titles to Android. Especially the ones which will make good money... and 'Final Fantasy 7' definitely will."

The game is so popular after all that multiple versions are being planned. Apart from a "Final Fantasy 7" iOS port, the original game is also getting a PS4 version, not to be confused with the HD remake directed by Tetsuya Nomura.