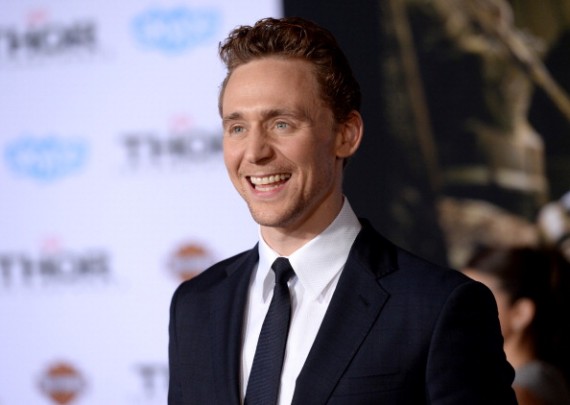 When "I Saw The Light" announced Tom Hiddleston as its lead actor, fans of country legend Hank Williams strongly opposed the casting. They just couldn't see the merit of having a British actor play an American country singer.

Despite the protests, however, the film's director, Marc Abraham stood by the decision.

"When people ask me, 'Why'd you get an Englishman?' I say, 'He's the best actor I know to play the part,'" Abraham reportedly told Entertainment Weekly in an interview. "Who's the most famous southerner ever portrayed in the movies? Scarlett O'Hara. Who plays her? Vivien Leigh."

Abraham reportedly had him follow Grammy winner Rodney Crowell around for a few weeks to learn about the genre. The "Avengers" star even stayed at his house in Nashville to completely immerse himself in country music.

It looks like the helmer's decision to cast Hiddleston paid off as he practiced "all day, every day" according to EW.

In deference to those who reacted negatively to the "I Saw The Light" casting of Tom Hiddleston, Abraham admitted that the "Crimson Peak" star would never be able to imitate the country legend.

"I knew that Tom Hiddleston or anyone was never going to sound exactly like Hank William," he acknowledged, but Hiddleston reportedly "nailed it."

"Every note, every line, everything is Tom," the director shared, noting that the British star worked for authenticity and emotion instead of copying the country icon. "He's crazy talented. If you didn't like him, you'd be jealous of him."

Hiddleston has even been part of some early predictions for next year's Academy Awards. Could this biopic be the movie to give him the Best Actor trophy?

Meanwhile, Hiddleston's first portrait as the legendary Hank Williams was recently released the same entertainment site. This was followed by a still from the movie featuring a both Hiddleston and his onscreen wife (and rumored real life girlfriend) Elizabeth Olsen having what looks to be a duet.

Find out if Marc Abraham was right to give the "I Saw The Light" lead role to Tom Hiddleston when the film premieres this Nov. 27.