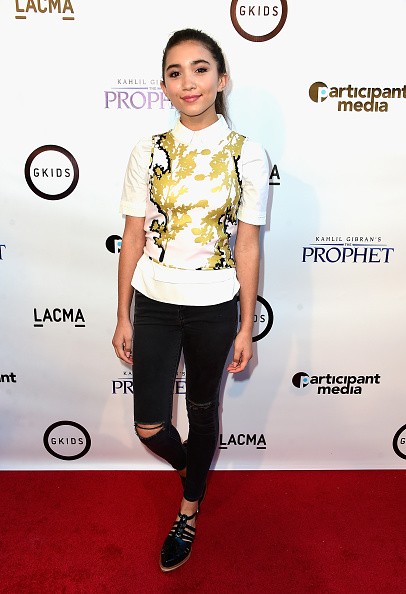 Disney Channel’s “Girl Meets World” star Rowan Blanchard is 13 years old, but she understands the importance of intersectional feminism better than most.

In response to a question asked by a tumblr user, Blanchard posted a three-part essay on Instagram on Saturday, explaining her thoughts on the term “white feminism,” according to The Wrap.

“Likewise with trans-women and Hispanic women.”

Blanchard wrote on how many feminists ignore the experiences of women from different backgrounds, a factor that has been brought up many times on social media as of late.

"This is such an important thing to be discussing," Blanchard wrote.

"I have made a very big point of making sure my personal feminism includes everyone - and educating myself and discussing these topics have really helped.”

Blanchard doesn’t separate issues of “police brutality and rape” from feminism either.

13 yr old Rowan Blanchard from Disney channel breaks down intersectional feminism in 3 IG posts. This is an ally pic.twitter.com/RdkSGIOzDL

Blanchard has been praised for her words by HeForShe activist Emma Watson as well as many other social media users.

“Talk about hitting the nail on the head!” tweeted the “Harry Potter” star, according to BBC News.