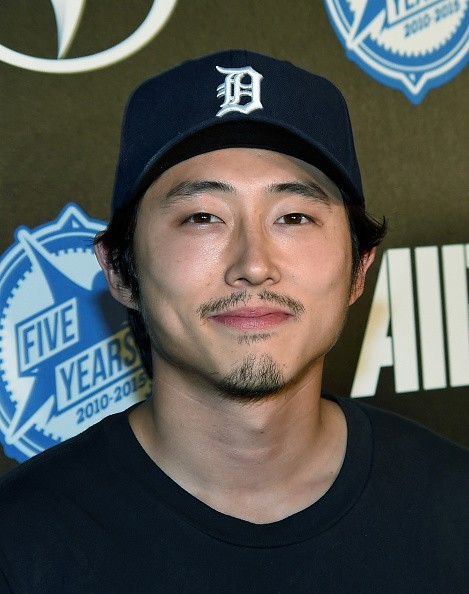 In the weeks leading up to the premiere of "The Walking Dead" season 6, fans are getting teasers from the cast of the hit AMC series. This time, it's from none other than Steven Yeun, the man behind Glenn Rhee.

Yeun sat down with Entertainment Weekly earlier this week and gave an insightful but "bleak portrait" of season 6:

"To see where we've evolve to is awesome. So [season] 6 is that, is showing how much has been taken away from us. The end goal is to find some semblance of life that we lost before. I think you're going to see some deeply emotional character story and you're also going to see, as we always do, some crazy-ass s---."

It looks like "The Walking Dead" season 6 plot will also take its toll on the survivors, just as the previous ones have, based on Steven Yeun's comments. Set photos snapped last month feature Glenn and wife Maggie (Lauren Cohan) with their weapons drawn which many presumed to be a sign the two are in danger.

Glenn's future in "TWD" is a touchy subject among fans. The character died a gruesome death in the hands of Negan in the later issues of the comic book series, as iDigitalTimes pointed out.

As such, he has been the subject of numerous character death rumors for season 6. And to keep fans on their toes, Norman Reedus told MTV that he'd want Glenn back in the AMC series after the cast was asked which dead character they'd want back.

"It may have been means as a joke, but it was uncomfortable quiet after Reedus' comment," iDigitalTimes said.

Whether the upcoming season sees the demise of Steven Yeun's Glenn Rhee is still up in the air. Find out when "The Walking Dead" season 6 returns on October 11 on AMC.