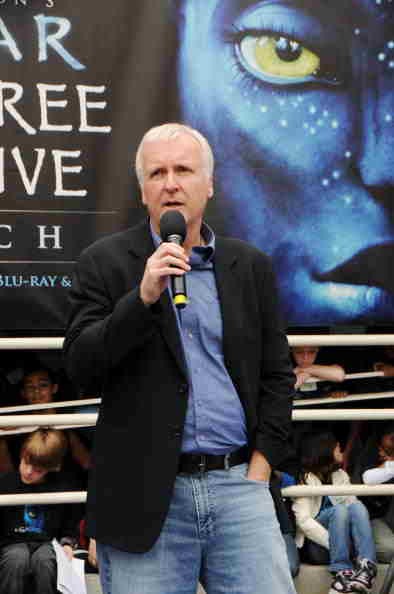 While it's not until 2017 when "Avatar 2" hits theaters, details about the sequel to James Cameron's highly successful scifi film are already abundant.

Apparenlty, James Cameron is exerting all his efforts to bring a large part of the ocean's ecosystem to the fictional world known as Pandora, Coming Soon reported.

"We're doing 'Avatar' films now, so we're making up an ocean ecosystem for Pandora," Cameron explained. "That's gonna have less to do with the deep exploration that I've done than it has to do with my concerns about conservation of Earth's oceans. The fact that we're basically overfishing, climate change... a few degrees of temperature rise are gonna basically take out the coral reefs. All those beautiful images of the coral environments we all grew up with won't exist in 50 years at the rate we're going in terms of pumping greenhouse gases into the environment. These are the things that concern me."

In comparison to the deep ocean exploration that he's been very busy doing, Cameron clarified that there's no relation to it and the with the "Avatar's" Pandora.

"There isn't a direct map between the deep ocean exploration that I've done and the ocean stuff that we're doing in the 'Avatar' films. However, I'm going to continue in the future making documentaries and continuing explorations stuff as well because I'm always fascinated by that. We don't have to explore the coral reefs at this point because we understand them very well. We also understand that they're dying and they're ultimately doomed if we don't change our profligate ways."

However, with the intricate details from Pandora, Movie News Guide reported that it has been causing the delay to the film's production, thus the release date was move to 2017 instead of the original schedule of 2016.

And while "Avatar 2" release date is delayed, Crossmap assured fans that the next two films are not going to be affected in any way.

"We expect to be able to accelerate the process quite a bit, because we've improved a lot of the software and the computer graphics tools, and we've been working very closely with Weta Digital down here in New Zealand developing a whole new suite of tools to speed up the process," the director explained of the sequels' process.

Adding, "We're writing three simultaneously. And we've done that so that everything tracks throughout the three films. Were' not just going to do one and then make up another one and another one after that and parallel with that, we're doing all the design. So we've designed all the creatures and the environments."