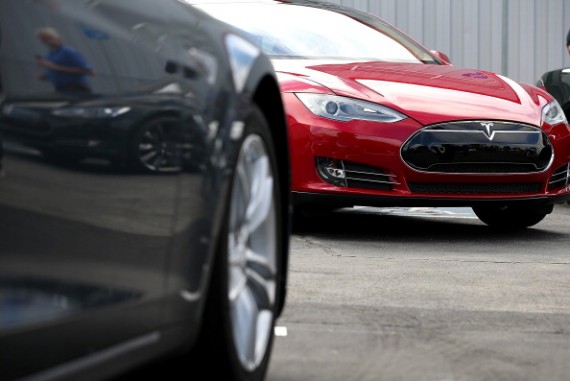 The Tesla Model S P85D is no stranger to critical acclaim. A point further proven when Consumer Reports took it out for a review and broke their rating system.

According to the publication, the EV initially scored 103 out of 100.

"The car set a new benchmark, so we had to make changes to our scoring to account of it. Those changes didn't affect the scores of other cars," Consumer Reports said.

Despite its performance, the electric vehicle was still able to deliver a mile-per-gallon equivalent of 87 in CR's testing.

The Consumer Reports rating system isn't just another car review metric. As CNET noted, it is closely monitored by its subscribers, the auto industry and general consumers.

"Its praise is highly coveted."

Still, getting a score of 100 from the highly-respected publication doesn't make the $127,820 Tesla Model S P85D a perfect car.

"The interior materials aren't as opulent as other high-ticket automobiles, and its ride is firmer and louder than our base Model S," CR said.

It also expressed concern over range limitations - a known issue of electric cars. To its credit though, Tesla has established a network of Supercharger stations which owners can use for free.

CR also said their rating doesn't take into account the reliability of the P85D and pointed out that "the Model S has average realibility," according to their owners' survey.

Other niggles Forbes pointed out in their own review are the lack of music streaming app options beyond TuneIn and Slacker and only built-in connectivity which owners will have to pay for after four years of free connectivity.

"It's a remarkable car that paves a new, unorthodox course, and it's a powerful statement of Amercian startup ingenuity."