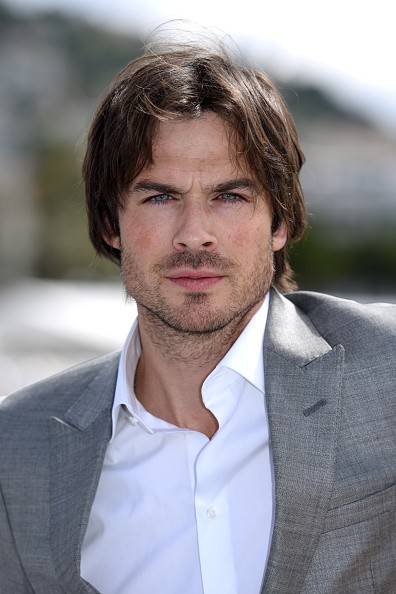 Following the highly successful "Fifty Shades of Grey" movie, a sequel has been confirmed.

However, without a director the production has reportedly suffered from a set back. Also, the movie adaptation to E.L. James' best-selling erotica novel has yet to introduce some of the key characters.

It was earlier reported that "Batman V Superman: Dawn of Justice" star Henry Cavill was rumored to take on the role of Jack Hyde.

However, the English actor dismissed such speculations when he told USA Today that he was just "messing with everyone" when he allegedly insinuated his involvement in "Fifty Shades of Grey" sequel.

"I'm not in 'Fifty Shades of Grey.' I'm for real. I'm just messing with everyone," Cavill clarified.

And now that Henry Cavill is clearly out of the picture, new reports suggest that "Vampire Diaries" star Ian Somerhalder is being eyed to take on the role of Jack Hyde.

According to Melty, Iam Somerhalder perdectly fits the role of Jack Hyde.

"Most widely known for playing Damon Salvatore in The Vampire Diaries, he's had plenty of practice of getting up to no good, making him a solid choice for the next Fifty Shades villain," said the publication.

While it's pure suggestion, it will not hurt if the "Vampire Diaries" star does get the role.

Jack Hyde is going to be the sequel's antagonist as he gets to encounter Anastasia Steele (Dakota Johnson) during the latters internship.

While the cast has yet to be completed, Variety exclusively reported that Universal has officially offered the directorial role to James Foley.

Known for his films "After Dark My Sweet," "At Close Ranger," "Freed" and "Reckless," Foley has yet to comment on the said news.

Author E.L. James is still very much involved in the "Fifty Shades of Grey" sequel as producer with Michael De Luca and Dana Brunetti.

Dakota Johnson and Jamie Dornan are both returning as Anastasia Steele and Christian Grey.