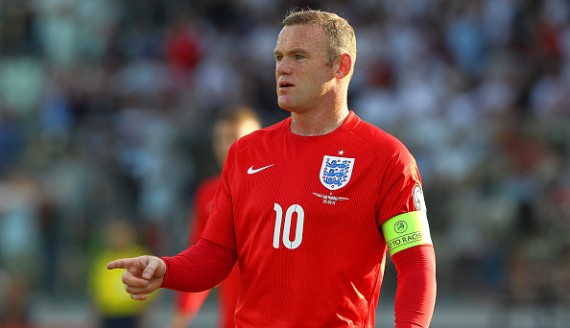 England won against San Marino in the Euro 2016 qualifiers but that's not what dominated football conversations.

Wayne Rooney's England goal record was put into microscope this weekend as he was just two goals away from breaking Sir Bobby Charltom's record 49 goals.

Wayne Rooney did score one to tie the all-time England goal record. While he feels proud of such feat, he has his eyes set on another goal - a medal finish for his country in Euro 2016.

"My aim is to push on and try and help the team win on Tuesday and break the record.

"It would have been great if the record had happened tonight. Obviously the tradition of Wembley and to break the record at Wembley would be great."

"I would swap all these goals for a winner's medal next summer," he insisted.

Wayne Rooney's England goal record was a trending topic on Twitter and he is aware of how much attention it gets. He revealed it is Charlton himself who helped him on the goal.

"Since I've been 18, since I joined Manchester United, Sir Bobby has been in the dressing room all the time and gives me advice and tries to help me and I'm sure if there was anyone to break his record he'd be pleased if it was me," he said on the same press conference.

It was not just fans who celebrated Wayne Rooney's England goal record, even former players. Gary Lineker, who is now country's third all-time scorer, told the Manchester United star to enjoy "your company." Lineker almost tied Charlton's 45-year old record before retiring but he missed a penalty in one particular game.

Enjoyed your company @WayneRooney . Did you have to move on so soon?

Trying to get used to only being the 3rd highest goalscorer....so humiliating! — Gary Lineker (@GaryLineker) September 5, 2015

To prevent him from doing the same mistake, Alan Shearer reminds Wayne Rooney to not do what Lineker did.

Congratulations to @waynerooney on equalling the record with a penalty. At least he didn't dink it eh @GaryLineker?!