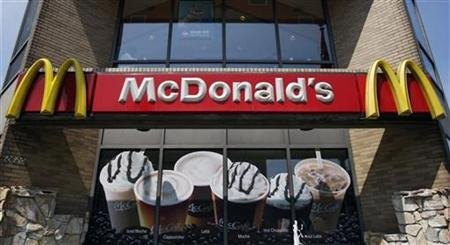 Subway may have more locations across the United States than competitor McDonald's, but the Golden Arches franchise soars when it comes to sales.

According to QSR magazine, McDonald's 2012 system wide sales were $35.6 billion. Subway, which is the second highest-grossing quick service chain, only raked in $12.1 billion in sales last year alone.  McDonald's has 14,157, much less than Subways 25,549 outposts.

However, McDonald's still manages to rake in more sales. To put this number into context, last year sales for McDonald's were more than Subway, Wendy's, Burger King and Chick-Fil-A combined.

"McDonald's has been experiencing some setbacks this year with disappointing growth results, but it's still the No. 1 fast-food brand by a big margin and has been each year we've conducted the QSR 50," said QSR Magazine Editor Sam Oches in a statement.

"Even though trendy products like the Angus burger and salads fell flat, customers still love McDonald's traditional burgers and fries."

2012 is the first year that Chick-fil-A outranked KFC as the best-performing chicken brand.

"Chick-fil-A continues to thrive on deep customer loyalty, shown in the fact that it had better systemwide sales than KFC at about a third of that brand's restaurants," Oches said. "Its $3 million-plus average unit volume last year was a remarkable feat for a quick-service restaurant."