Did The Priest Turned In Mike? 'Suits' Season 5 Episode 10 Sets Up New Mystery 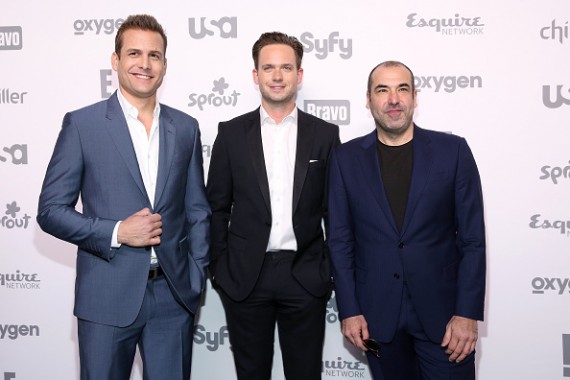 Events in "Suits" season 5 episode 10, also known as the mid-season finale, still has fans reeling. What now after that?

Mike Ross is no longer working at Pearson-Spectre-Litt law office when "Suits" season 5 episode 11 opens. Not because he resigned but because he has been revealed.

As fans know, Patrick J. Adams' character is a fraud. He did not really went to Harvard to become a law practitioner. He managed to hold on to that lie for years until the last few minutes of the last episode when he was arrested by cops for fraud. More than the question of Mike's freedom, what most people are curious about is who the snitch was?

There are theories that the one who turned in Mike was the priest. For series creator Aaron Korsh, that's an interesting plot.

"The rules of confession are that he absolutely cannot hand Mike in, in my mind," Korsh told TV Line last month shortly after "Suits" season 5 episode 10 ended.

"That doesn't mean he didn't. But it's very interesting. It is everybody's first question: who turned Mike in?"

While fans are occupied by the identity of the snitch, Korsh said he is more concerned about how they can get Mike out of that trouble.

"That wasn't my first question," he continued.

"My first question, both as a writer and when I put myself in the shoes of our characters, is: 'What the f-k are we going to do to get out of it, if anything?' The writers, their first question also seemed to be, 'Whodunit?' We ended up finding a middle ground where we both explore who did it and try to find out who did it in service of getting out of it.

Korsh insist though that people will know about him, or her, and they will make sure audience will be surprised.

"We don't find out right away, but we will find out. Hopefully, it will be someone that you do not expect."

There is no release date yet for "Suits" season 5 episode 11.