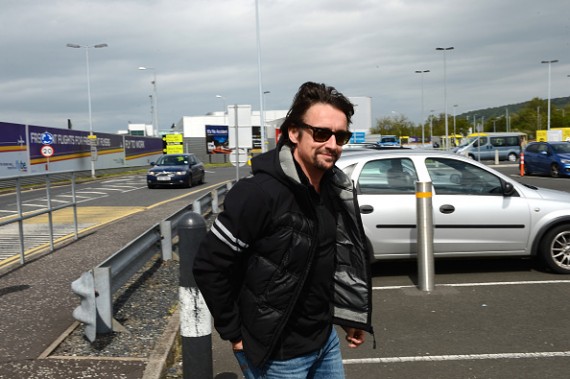 "There's a lot to be done because we will reinvent, do new stuff, and that's as invigorating as it gets. So what a fantastic challenge," Hammond told the Times (via The Daily Mirror).

He, together with James May, left "Top Gear" after co-presenter and friend Jeremy Clarkson was sacked over a "fracas" with a producer.

While he refused to comment on their departure from the BBC show, Hammond did say that something good came out of the ordeal.

"We're on the best footing we've ever been to go ahead now and do what we do best," he said per The Independent.

Following months of speculation, the trio announced in July that they have signed with online streaming service Amazon Prime. Executive producer Andy Wilman said it was editorial freedom that lured them to Amazon - something echoed by Hammond.

"They're not going to interfere. They want us doing what we do. [Liberating?] Yeah, very," the 45-year-old presenter said via Channel24.

Hammond also had something to say about reports that Jeremy Clarkson's new show was signed by Amazon for £160 million - with some suggesting he's taking home a £7 million paycheck.

According to The Week, "The Hammster" said speculation over how much they're earning from the deal were pure "coffee-machine chat." As for his new salary, Hammond said, "[he's] at peace."

Clarkson, Hammond and May's final "Top Gear" episode aired earlier this year and though it left him emotional, Hammond insists he's moved on.

"It's a show. I've made other shows that have come and gone: 'Total Wipeout,' 'Brainiac,'" he said via Channel24.

Before he comes back on air with his pals, Richard Hammond will present Sky One's "Jungle Quest" which airs Sept. 16 and 23, according to The Daily Mirror.

Jeremy Clarkson's new show is expected to premiere on Amazon sometime next year.