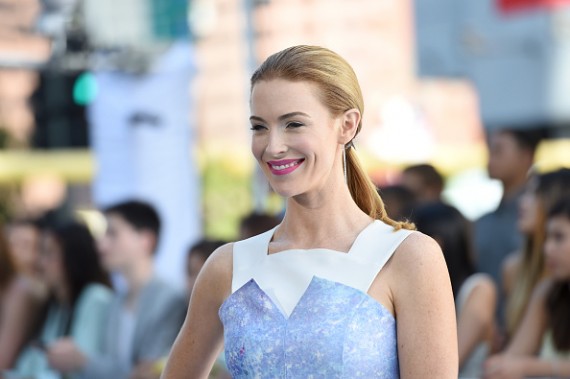 A familiar for will face off with Peggy once again as Dottie Underwood (Bridget Regan) returns, according to star Hayley Atwell's "Agent Carter" season 2 spoilers.

At last week's Fan Expo Canada, Atwell revealed that fans will get another helping of Peggy vs Dottie in the upcoming season.

"We haven't seen the last of her," the Brit actress said (via ComicBookResources).

"Peggy has male buddies that she fights, but to have someone who is physically her equal - she's a Black Widow, incredibly capable and very smart - I think that shows some balance for Peggy, like a flip side of the same coin."

As Atwell noted, Dottie is an alumnus of the Black Widow program, the same one Scarlett Johansson's Natasha Romanoff came from before signing up with SHIELD and becoming an Avenger.

"The Black Widow backstory is something fans have been clamoring for since Johansson first appeared in 'Iron Man 2,' so it's no surprise the writers want to revisit the story," according to TheMovieNetwork.

As the website noted, Regan usually posts her work on Twitter. But so far, the actress hasn't confirmed the "Agent Carter" season 2 spoilers from Hayley Atwell.

With Dottie returning, this means "Agent Carter" will have two female villains. Franchise Herald reported last month that Iron Man for Madame Masque has been confirmed for season 2. No casting announcements have been made though.

While a villain returns, there's still no word on Peggy's close friend and fan favorite Lyndsy Fonseca's Angie Martinelli. But Atwell did have something to say about "Cartinelli."

"There's a genuine affection that they have for each other; whether or not you want to project the idea that it's romantic or sexual is entirely up to you and how you want to view it," she said.

Production has begun for "Agent Carter" season 2 so look forward to more spoilers and updates. The Hayley Atwell starrer is expected to return in January 2016.