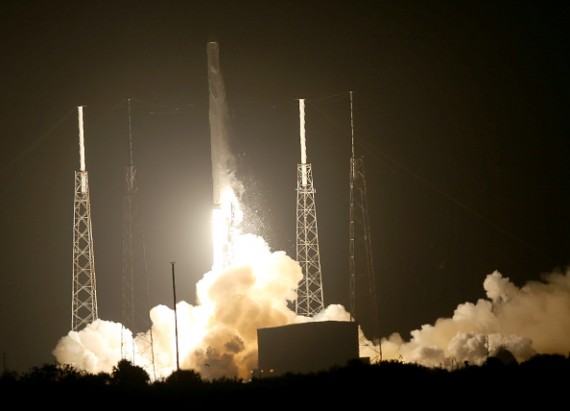 SpaceX announced Monday two new satellite launch contracts for its Falcon 9 and Falcon Heavy rockets. The additions put the company's total missions to 60 which is now reportedly worth over $7 billion.

In a press release, SpaceX said it signed contracts to launch satellites for Hispasat and Arabsat.

"SpaceX is expected to launch the new missions from its launch pad in the Cape Canaveral Air Force Base in Florida from 2017 to 2018," Tech Times said.

"We are pleased to add these additional launches to our manifest," Gwynne Shotwell, president and COO of the Hawthorne, Calif.-based said.

"The diversity of our missions and customers represents a strong endorsement of our capabilities and reflects SpaceX's efforts to provide a breadth of launch services to our growing customer base."

With the new SpaceX satellite launch contracts, the company reportedly now has over 60 missions "representing over $7 billion under contract."

"Given the massive discrepancy between the startup's past raise total, and its recent raise quantity, it seems quite reasonable to presume that the firm isn't cash poor looking ahead in the short, or moderate term," TechCrunch said.

The website also noted that SpaceX's revenue is within close distance to the $8.2 billion Uber has managed to raise so far.

The spacefaring company has been on a roll recently. It just released interior shots and the design of its Crew Dragon manned spacecraft. Last week, SpaceX also announced that it is preparing for a Falcon Heavy launch in spring 2016.

SpaceX satellite launch contracts for Hispasat and the Arabsat 6A communications satellite on a Falcon 9 and Falcon Heavy rocket, repectively, are set for liftoff in late 2017 and 2018.