Footage Of Hannibal And Will Kiss In Finale Will Not Be Released; Plus Season 4 Details 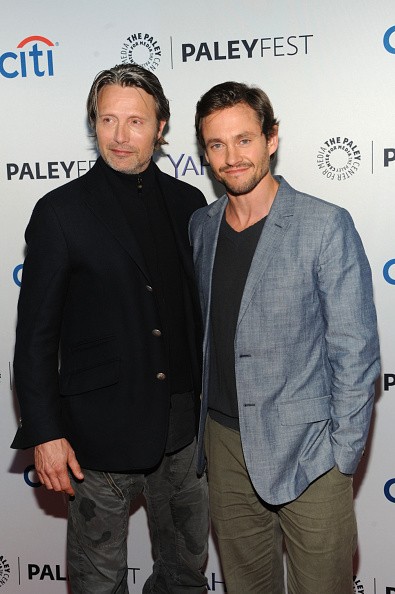 It is understandable if fans looking for "Hannibal" season 4 give up now but there is another thing they can, check that, they should campaign for.

For all three seasons, fans believed that lead characters Hannibal Lecter (Mads Mikkelsen) and Will Graham (Hugh Dancy) are attracted to each other. No one will get the chance to prove this since there will be no more "Hannibal" season 4. However, there is one video that will definitely prove the intimacy between the two.

Yibada reported series creator Bryan Fuller hinted that the two main characters kissed in the season three finale. They were last seen holding hands seemingly to have agreed to jump off the cliff after killing Francis Dolarhyde (Richard Amitage).

"The showrunner also hinted that Hannibal (Mads Mikkelsen) and Will (Hugh Dancy) did more than just hugging in some of the takes for the finale, where the actors actually lip locked," Yibada wrote.

The only problem though is that Fuller is not high on the idea of releasing the footage.

"There was definitely a part of us that said, "Oh there's certain factions of the Fannibal fan base that will enjoy the embracing of the Hannigram hashtag," Fuller told TV Insider.

"The other part was, it felt authentic. Actually, Mads and Hugh went much further in certain takes, where lips lingered over lips and things like that, and I was like, "Mmmmm I dunno if I believe that take, that feels like it's going too far in servicing a faction of the fan community, and losing authenticity to the characters and their agendas in this version of the story." But we have the material!

This is not the first time Fuller almost confirmed that Hannibal Lecter and Will Graham are like lovers. In an interview with Vulture, he said that the two taking down the Red Dragon together is like sex.

"It's an interesting three-way, that's for sure! Where you eliminate the third and get to business with the two who matter," he said.

As for "Hannibal" season 4, it might not happen but the good news is Fuller's executive producer is already looking for financial sources for a feature film.

"Well, I still want to hold that in my back pocket because Martha de Laurentiis* is trying to find financing for a feature film, and you never know two years from now if Mads [Mikkelsen] and Hugh [Dancy] have an opening in their schedules, we can shoot something again," Fuller told Vulture.

"I still want to be able to tell that story, and it's perhaps the most fascinating chapter of Will Graham's story yet. But I feel like if I tell you what it is, then it kind of closes a door on it in my mind."