Tom Cruise Rejected A Blonde Norwegian To Be His Wife? Anette Johansen Felt Used By Scientology 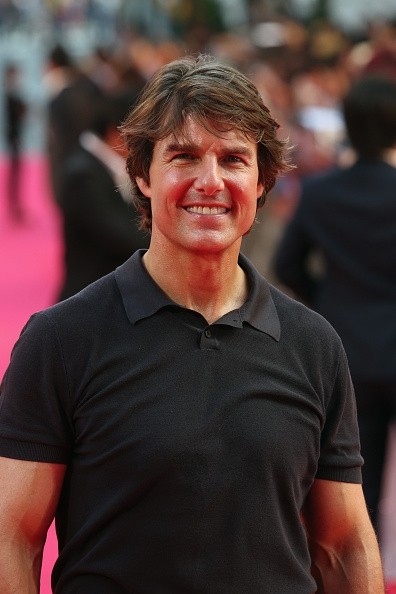 Tom Cruise is the poster boy of the Church of Scientology and there have been rumors coming out that they are trying to find him a new wife.

The speculations started after the HBO documentary "Going Clear" was released back in May.

"It was an astonishing, terrifying film; one which finally nailed many of the unpalatable truths about this deeply secretive and deeply unpleasant organization," Piers Morgan wrote on Mail Online.

The organization is allegedly looking for the perfect girl to help fix the Hollywood superstar's damaged reputation. This kind of matchmaking has been done by the Church of Scientology on Tom Cruise.

Iranian-born actress Nazanin Boniadi was groomed by organization to become the girlfriend of the 53-year-old actor, but they also ended their relationship after she showed disrespect to the Church's leader David Miscavige.

This occurred after Tom Cruise's marriage to Nicole Kidman ended. Some people find it hard to believe, but another woman surfaced and bravely talked about her experience auditioning to become the wife of the "Mission Impossible 5" star.

During an interview with Mail Online, Anette Iren Johansen revealed how Scientology tricked her into auditioning for a real life role.

"I was told I was doing an audition for a series of training films, I was never told the real reason. I was thinking that it could be exciting as I'd never done it before," she said.

The blonde Norwegian also revealed how she finds the whole process weird such as putting on lots of makeup. "I've seen a lot of crazy things in Scientology, so I thought whatever. So I just went with it, but it was awkward," Johansen said.

Anette also didn't feel comfortable answering odd questions just like what Tom Cruise's assistant asked her, "Do you have any history of sexual irregularities?" The Church of Scientology forced her to sign a waiver and a confidentiality agreement.

Since she isn't a member of the organization now, she can freely speak up about her experience. Anette gave up her dream of becoming a veterinary nurse to join the Church thinking that they will be able to help her but she ended up with a huge debt.

She only realized what was going on after reading an interview with former Scientologist member Paul Haggis. "Oh My God that's exactly the process I went through. I kept it a secret for years as I didn't think it was true, that they had really come to Copenhagen to do this. But they had!" Anette Johansen exclaimed.

"They were auditioning girls, but then he began dating Katie Holmes in April, so maybe they wanted a back-up plan if things didn't work out. It would make sense. They don't leave anything to chance when it comes to Tom Cruise."