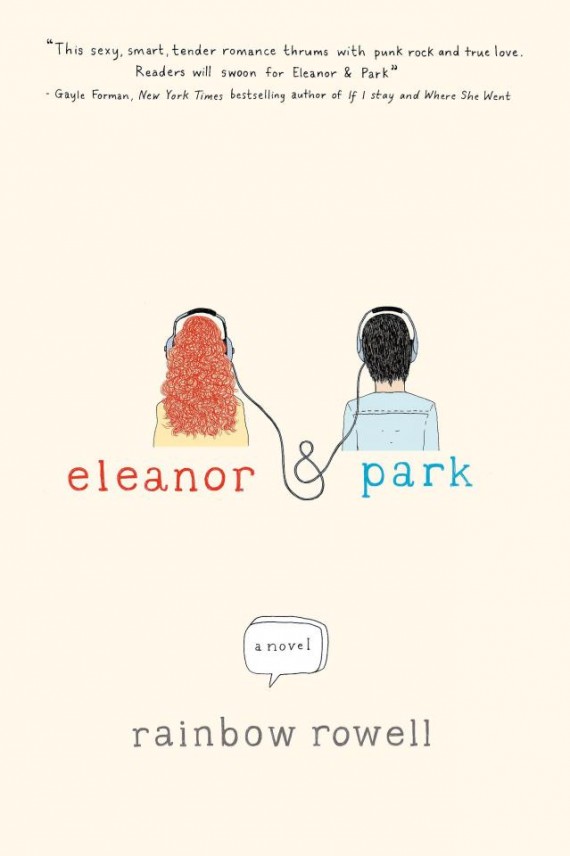 Fans of Rainbow Rowell's bestselling young adult novel have been on the edge of their seats since the "Eleanor & Park" movie was divulged last year.

DreamWorks reportedly "optioned the book" according to the author herself. She was also commissioned to write the screenplay for the film, adding to the anticipation of the heart-warming story.

According to the author's recent interview with Omaha.com, she is "sworn to secrecy" about the specifics of the "Eleanor & Park" movie but she did reassure fans that the film is still in the works.

"I wrote the first draft of the screenplay for DreamWorks, and now I'm working on the second draft," she told the site. "It's still very much something DreamWorks is planning to do."

Now that the first draft is already done, has she already though about possible actors for the endearing red head and her Asian comicbook-loving beloved?

While no definite casting has been announced yet, the New York Times bestselling author did tell MTV that she didn't really want already-established actors to take on the lead roles.

"There are not established actors who could play these roles, I don't think," she told MTV news last year. "I don't think they're unusual characters in life - I think there are a lot of people like Eleanor and Park - but they are unusual people to be in movies and to star in movies. There's not a lot of chubby redheads and 16-year-old Korean guys who star in movies."

Fans shared the same sentiment, many of whom expressed their disapproval of Hollywood possibly casting a "skinny" girl as Eleanor.

Based on what Holly Bario, DreamWorks president of production, told Entertainment Weekly before, it looks like the studio is aiming to the make the film according to how it should be done - relatable to all awkward teenagers in high school.

"Every girl who has read it says, 'That was me in high school, or that was me in 7th grade,'" she previously shared. "It reminded all of us of our own sort of awkwardness, or family dysfunction."

Who do you think should join the "Eleanor & Park" movie cast?