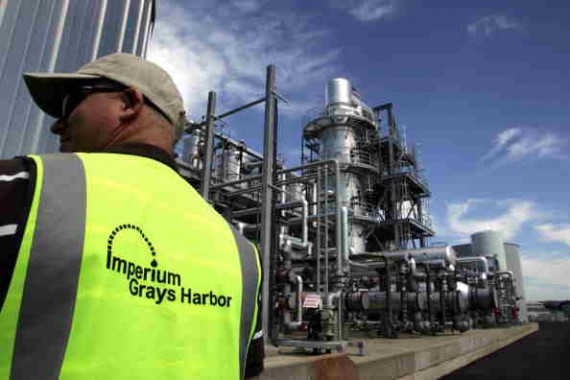 The Washington Department of Ecology is writing a new rule that would reduce the greenhouse gasses being produced by the state's biggest polluters, according to a press release issued by the Ecology Department.

The Ecology Department's new rule is targeting businesses and organizations that are responsible for producing 100,000 metric tons or more of greenhouse gasses.

Carbon Dioxide emitted from power plants, industry and vehicles are responsible for most of the greenhouse gasses, according to the press release.

These greenhouse gasses are causing significant changes in the Earth's climate and influencing weather patterns in the Pacific Northwest.

The Ecology Department adds in the press release that Washington is vulnerable to the warming climate because its communities rely on snow-fed water supplies to provide drinking water, irrigation for agriculture and nearly 75 percent of electric power.

Washington is also affected by rising sea levels, as it threatens 40 communities located near the state's 2,300 miles of shoreline.

The new rule will also help meet the emission reductions passed by the Legislature in 2008.

"This year's record-setting drought and wildfires are sobering examples of what our future could look like if we don't take action on climate change," Maia Bellon, the director of the Ecology Department, said in the press release.

She adds that "We need to do our part to protect what we have for future generations. We can't afford the cost of inaction."

The types of businesses and organizations that the new rule is targeting includes natural gas distributors, petroleum fuel producers, factories, power plants, waste facilities, and metal manufacturers, according to the press release.

The Spokesman-Review adds that the new rule would apply to about three dozen businesses and organizations.

Washington state officials said that the list includes companies and organizations that are responsible for about 60 percent of the state's greenhouse gas emissions, according to The Spokesman-Review.

State officials, though, weren't able to provide a cost estimate for the proposal, but they did say that companies could take a variety of actions to reduce their emissions, like purchasing a carbon offset.

The Ecology Department will be conducting a series of public meetings and hearings over the next year to gather inputs from everyone interested in participating, according to the press release.

For updates on schedules and other ways to participate, you may visit the Ecology Department's website.