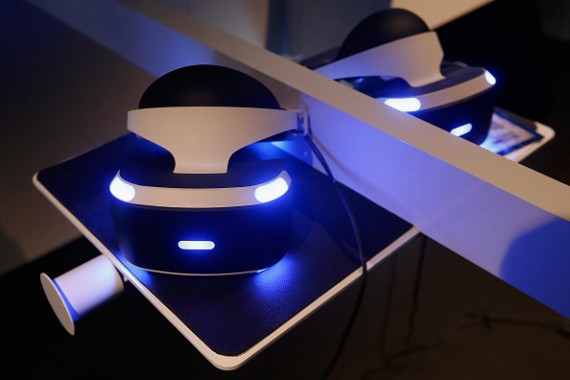 A Sony exec hinted that the PlayStation VR price will be similar to "a new gaming platform" prompting speculation that the VR headset would cost as much as a PS4.

Last week at the Tokyo Game Show, Sony Computer Entertainment CEO Andrew House hinted the PS4 VR headset's price in an interview with Bloomberg. However, he didn't offer specific figures on how much the re-christened Project Morpheus would cost.

It wouldn't be the first time Sony said the PSVR isn't merely an accessory but a "new platform," as Franchise Herald reported back in June. The two devices are meant to work "closely together" though.

"It seems likely that PlayStation VR will be closer to the $400 price range than $600 but that remains to be seen," the website said.

But even with those estimates, the PlayStation VR price still isn't as much as its rivals, all things considered.

"Both the [Oculus] Rift and the [HTC] Vive will require some fairly powerful/expensive hardware, so PlayStation VR has a good shot at being the least-expensive option overall," GamesRadar said.

Oculus CEO Brendan Iribe said the combined cost of the Rift and a PC able to run it would set consumers back $1,500, according to a report by Re/code back in May.

For PlayStation VR to become a success, Sony has to get the pricing right "to tempt people to make the jump to VR," Road to VR said. With the pricing strategy, the Japanese tech giant may be planning to just break even on the hardware and instead make money from software and licensing, per the website.

"Although Sony [plans] to have 10 PlayStation games available for launch, which should help."

Sony has yet to announce an official PlayStation VR price. The PS4 VR headset is expected to come out sometime in the first half of 2016.