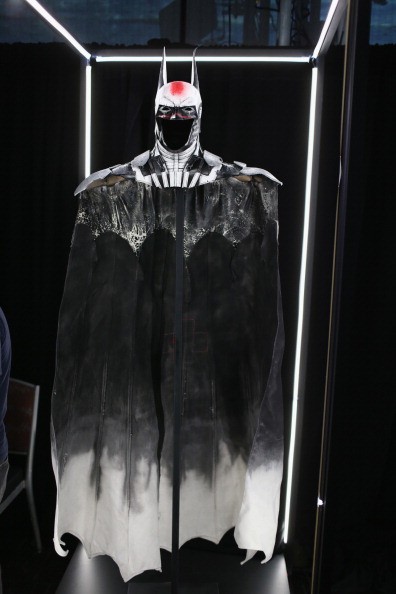 Following the very successful launch of NeatherRealm's "Injustice: Gods Among Us" two years ago, fans are now very excited for the follow-up game.

And while fans are still waiting for the official announcement to "Injustice 2" release date, there are reports as about the game's new characters.

While it hasn't been confirmed yet, the second installment of "Injustice" will reportedly introduce key DC characters including Captain Atom, Vixen and Black Canary.

Kdramastars on the other hand, added that "Injustice 2" will also include Red Hood and Amazo as new characters in the lineup.

Meanwhile, Den of Geek has its own list of top 10 characters, which they would like to appear "Injustice 2" that include Static, Poison Ivy, The Shade, Supergirl, Bleez, Red Hood, Captain Cold, Booster Gold and Amazo.

Evil Batman was also one of the characters Den of Geek is vying to see in "Injustice 2" come its release date.

These are all however just mere speculations as NeatherRealm has yet to give out an official statement about the game's characters.

In line with the list of speculated characters, there are reports claiming that while "Injustice 2" will most likely not going to be released this year, it will reportedly coincide with Warner Bros. "Batman V Superman: Dawn of Justice" film, Attack of the Fanboy reported.

"There is no doubt that a sequel to Injustice: Gods Among Us would sell well regardless of when it releases, but with there certainly being no tie-in game to Batman v Superman: Dawn of Justice, it would make absolute sense to release Injustice 2 next March or April," the publication stated.

Adding, "This would put it out either right before or right after in a slot that NetherRealm loves, with Mortal Kombat 9, Injustice: Gods Among Us, and Mortal Kombat X all releasing in the same time period."

iDigital Times on the other hand, noted that NetherRealm president Ed Boon has reportedly teased fans of "Injustice 2" release date via Twitter.