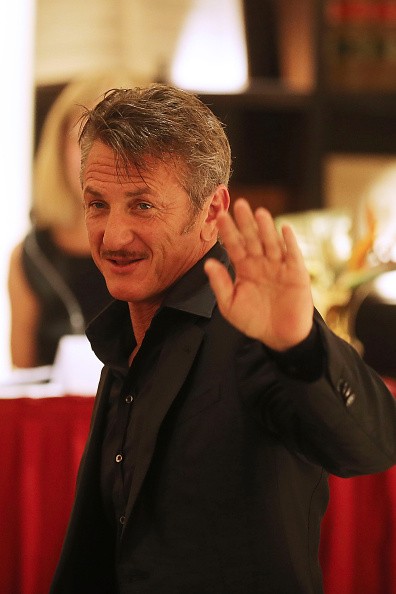 During a recent interview, Lee Daniels compared the legal troubles “Empire” actor Terrence Howard is facing to those faced by other actors, including Sean Penn, according to Variety.

Penn has now filled a $10 million defamation lawsuit against the “Empire” co-creator claiming that he was falsely accused of hitting women by being compared to Howard, according to The Hollywood Reporter.

“[Howard] ain’t done nothing different than Marlon Brando or Sean Penn, and all of the sudden he’s some f—in’ demon. That’s a sign of the time, of race, of where we are right now in America,” Daniels reportedly stated during his interview.

The complaint was reportedly filed by Penn on Tuesday in New York Supreme Court.

The lawsuit reportedly stated that “in purporting to ‘defend’ the ongoing legal and related troubles of actor Terrence Howard … who has reportedly, and publicly, admitted to physically abusing at least one woman and reportedly been arrested approximately five times for violent acts against women — Daniels has falsely asserted and/or implied that Penn is guilty of ongoing, continuous violence against women. Nor has Penn admitted to ‘slap[ping]’ a woman or abusing others (as Howard has also reportedly admitted, reportedly asserting that he was acting in self-defense).”

The complaint reportedly reads that Daniels’ statements have “caused Penn great anguish and emotional distress and have exposed him to pre-judgments and false judgments.”

By coming to Howard’s defense, Daniels has reportedly been accused of attempting to “profit and further bolster and brand his show Empire (on the eve of the Emmy Awards, when the statements were made)."

“Third, and most problematic," continues the lawsuit.

“Daniels falsely equates Penn with Howard, even though, while he has certainly had several brushes with the law, Penn (unlike Howard) has never been arrested, much less convicted, for domestic violence, as his ex-wives (including Madonna) would confirm and attest."

Daniels has yet to publicly speak on the recent lawsuit.