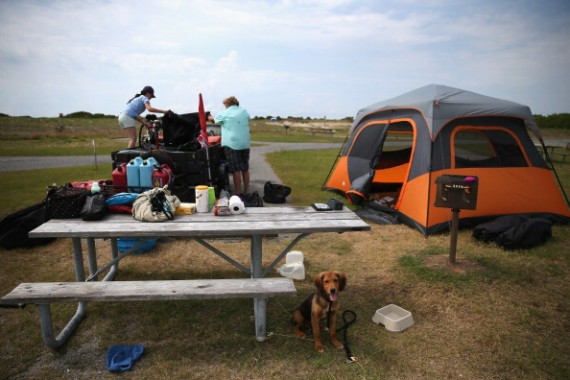 Ryan Carter, a Nashville-based dog owner made the Instagram “Camping With Dogs,” a page dedicated to encouraging dog owners to spend more time with their adorable companions, according to Elite Daily.

Carter introduced “Camping With Dogs” branded gear, including T-shirts, bumper stickers and koozies in the spring, and it’s quite the success, according to the news outlet Biz Journals.

“People started asking for the brand mark on things or for their car,” Carter said.

“They wanted to associate themselves as … I am a person who is a dog owner that likes backpacking and the outdoors.”

Carter reportedly plans to create an app for the community of dog lovers that will feature trail guides, park information and tips on camping with your dog. Carter, who reportedly also owns the boutique marketing firm Parachute Media, is building a huge community simply by starting an Instagram, which has garnered 94,000 followers in less than a year.

“Camping With Dogs” has reportedly been featured on Conde Nast Traveller, Yahoo! Travel and “The Ellen DeGeneres Show.”