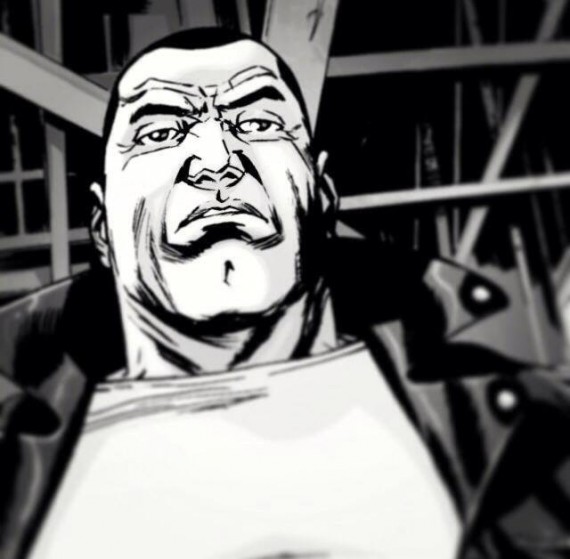 The moment "The Walking Dead" comic book fans have been waiting for may finally happen in season 6. Potential spoilers suggest Negan may appear in the finale which may not bode well for Daryl Dixon or Glenn Rhee.

Citing the Spoil The Dead forum, The Spoiling Dead Fans posted a casting call seemingly for the "Walking Dead" villain. Although the character's name is Orin, the fan site noted how AMC uses codenames to throw off fans.

Described as "a brilliant strategist" and "a fun-loving sociopath," among others, many are convinced that season 6 will indeed see Negan in the finale.

For Cinema Blend, the casting call description "[leaves] no stone unturned in letting people know that 'Orin' will be one of the most important and engaging characters in this show's history."

In the source material, [spoilers] Glenn meets his brutal end in the hands of Negan leaving some fans wondering if the show will follow this storyline. Yeun previously teased a "deeply emotional" plot which some took as a hint to his departure.

Some comments on the TSDF post pointed out that Glenn's death has actually been foreshadowed in the season 5 premiere where he was kneeling at the trough at Terminus about to get hit by a baseball bat.

Still, others think Daryl might take his place. The fan favorite doesn't have a comic book counterpart unlike other major characters leaving his fate in question. Earlier rumors suggested season 6 will be Daryl's last.

Other names floating around as Negan's victim include Abe and Morgan.

In any case, fans are wondering how the character will be portrayed on TV.

"Those show read the comics know very well that Negan is a big fan of harsh language," ComicBook.com said.

Fans will have to see if "The Walking Dead" season 6 spoilers are true when it returns Oct. 11 at 9 p.m. EST on AMC.