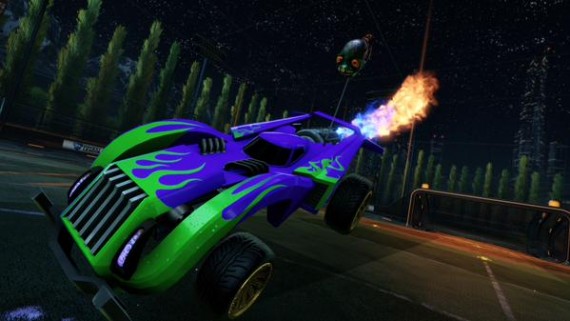 "The developer has yet to announce exactly what items it'll be adding but we expect to hear more on that soon," PlayStation Lifestyle said.

The news follows the announcement of the "Revenge of the Battle-Cars" DLC for this month.

"Rocket League" is this summer's breakout hit. It has proven immensely popular that it has become one of the most successful titles this year alongside AAA releases. It's become so popular in fact that "Rocket League" has reportedly been played by six million people, as Psyonix told MCV.

For the developer's VP of marketing and communications Jeremy Dunham, it's proof that "new or unusual ideas" can be successful.

"For us, it's a really great validation that there's strength in something new and that you don't have to stick with the classics," he told MCV. "You don't always have to do a shooter, or if you're going to do a car game it doesn't necessarily have to be a racing game."

Apart from another "Rocket League" DLC, what's next for Psyonix's massively-popular game? Apparently, it could finally be available as a physical copy.

"Physical retail is something we have considered and we would like to do some day," Dunham told MCV.

Reportedly, Psyonix is still figuring out what to include in the retail box apart from the game disc.

"People want there to be something cool in order to get them to double dip or feel like they are getting more if they are playing for the first time," he added.

Careful thought is going into what would come with a "Rocket League" physical copy.