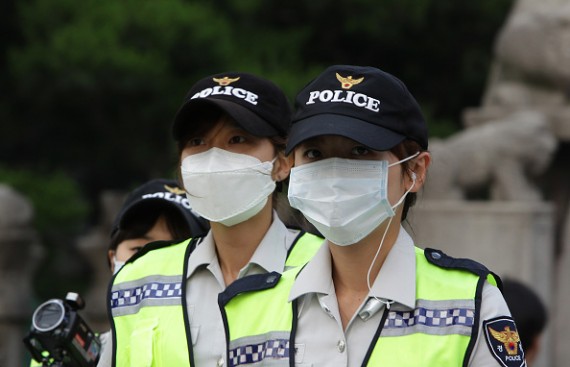 Kim Miso used to be a model and was a nominee in the Miss Maxim Korea 2014 contest.

The 25-year-old is now known as the “most beautiful policewoman” as she put her modeling career behind her in order to protect the citizens of South Korea, according to the U.K. publication The Daily Mail.

South Korea’s Central Police Academy has reportedly since confirmed that Kim has successfully completed training and is now working for a police department in Seoul. Kim has since been celebrating her new career path by posting photos of herself wearing her new police uniform.

Former Maxim model switches to career that will make you gain even more respect for her http://t.co/4Y9EwB8Hmj pic.twitter.com/9R4OSNsHxz — STOMP (@stompsingapore) September 29, 2015

“I know several officers from S. Korea and I know how hard the requirements are. She must be truly committed to join the force,” commented social media user Cuffs357.

Kim reportedly continues to be praised by social media users for her decision to become a police officer and serve the community.

Her profile on Maxim has reportedly since been taken down.

Beautiful people in everyday jobs has become an Internet trend as of late. In March, a policeman in Chongqing, south west China, reportedly stopped a marathon when female runners thought he was a famous actor.

One tofu seller in Taiwan also went viral on social media for his rugged good looks earlier this year.