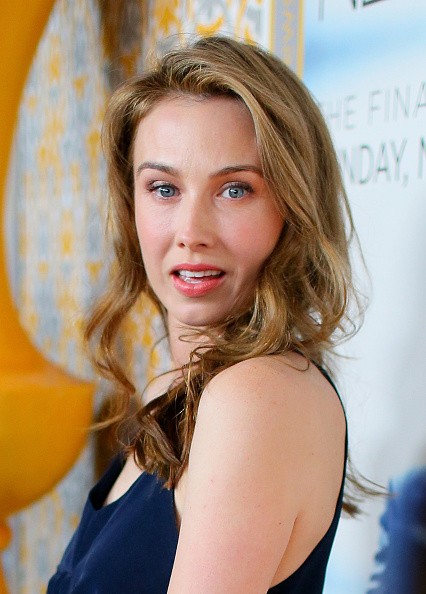 According to Entertainment Weekly, "The Newsroom" actress Wynn Everett will be season 2 villain Whitney Frost aka Madame Masque. Speaking on Everett's casting, executive producers Michele Fazekas and Chris Dingess said they "needed an actor who was classically glamorous and fiercely intelligent" and "Wynn is both."

Back in August, the show runners talked about how they "co-opted" the comic book villain and "put [their] own spin on her," as Franchise Herald reported.

Giver her description, ScreenRant speculated that Madame Masque will be season 2's main villain. But with Dottie Underwood's (Bridget Regan) return confirmed, Peggy will have her hands full in LA.

Over at Team Peggy, "Devious Minds" actor Reggie Austin will be Jason Wilkes, "a quirky, yet charismatic scientist who instantly charms Peggy." EW speculated that he could be the SSR Agent's new love interest teased in the official synopsis for "Agent Carter" season 2.

Finally, "Outlander's" Lotte Verbeek will take on the role of Ana Jarvis, the oft-referenced but never-seen wife of Edwin Jarvis (James D'Arcy). Described as someone who "immediately befriends Peggy," ScreenRant can't help but think that she "may be taking on the role as Peggy's best friend."

Unfortunately for Cartinelli fans, this could mean that Angie Martinelli may not be returning for season 2, the website said.

Although Angie's return is still a possibility, EW pointed out that Fonseca has been cast in Fox's "Grandfathered."

"Agent Carter" season 2 is currently filming. It's expected to return on ABC during "Agents of SHIELD's" midseason break.