Why Is Playboy Magazine No Longer Publishing Nudes? It’s All About Competition 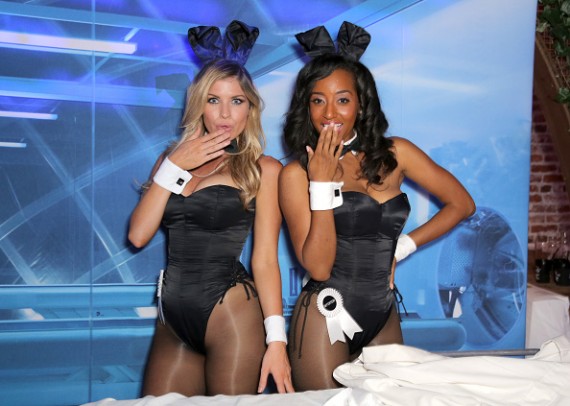 Contrary to its reputation, Playboy magazine has featured the works of many great writers, including those of Margaret Atwood and Stephen King. Now those taking a peek at a Playboy magazine don’t have to worry about getting awkward looks because people will actually believe you’re reading the articles.

The publication has decided to stop publishing photographs of fully nude models, according to The Huffington Post.

Hugh Hefner, the publication’s founder and editor-in-chief, reportedly agreed with the decision, which was pitched by Playboy chief content officer Cory Jones.

“Don’t get me wrong…12-year-old me is very disappointed in current me. But it’s the right thing to do,” Jones told The New York Times, which first reported the news on Monday.

Why the sudden change, you may ask? The answer is quite simple — competition.

With the popularity of Internet pornography, the nude images in Playboy have become “passé,” according to Scott Flanders, the company’s chief executive, according to USA Today.

“That battle has been fought and won," Flanders said.

"You're now one click away from every sex act imaginable for free."

This isn’t Playboy’s first attempt to change things up.

After the change, Playboy reportedly saw a 12-million jump in monthly users.

Despite the increase in readership, there is still a “risk” in going “non-nude” for Playboy, as there is speculation that its main readership of young men will fall apart with the new decision. Regardless, Playboy is willing to take that extra step.

“This is a company ... that has risk in its DNA ... Our journalism, art, photos and fiction have challenged norms, defied expectations and set a new tone for decades. So we say: Why stop now," Playboy staff wrote in an online post.