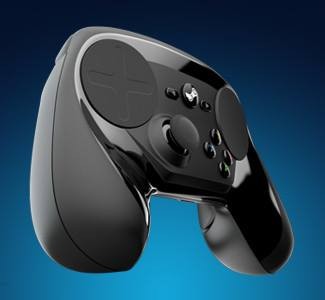 A review of the Steam Controller says it could open new possibilities for PC gaming because of customization options - something Valve wants help with from the community to redesign the hardware.

PC World's Hayden Dingman liked the Steam Controller's open-ended nature. Although other game controllers' buttons can be remapped, he pointed out users can "fundamentally change the way it works - and, in the process, completely shake up how you interface with certain games"

In his piece, Dingman said there's no question the Steam Controller works well as a traditional controller but its function as a mouse-and-keyboard replacement that's exciting.

He noted how point-and-click adventures, strategy games and MOBAs are regarded as "PC only" because of their reliance to a mouse and keyboard. But such games do work with the Steam Controller.

"Games that have been traditionally confined to the bedroom or the office or whatever now run - and run well - on the TV, whether through a dedicated Steam Machine or Steam Link."

Unlike other game controllers though, Dingman noted that Valve's peripheral has a learning curve owing to its unconventional setup. He does see the problem going away though as developers and the community figure out the best button mapping for specific games.

In fact, Valve is also banking on the community to help redesign the Steam Controller. Designer Erik Johnson told Polygon that they want to make the controller's CAD files to the public.

Reportedly, the "Half Life" developer's goal "is for gamers to customize and create their own controllers." Johnson does admit it's a challenge on the hardware side of things.

"It's in our DNA to think of how our customers can create value for other customers," he said.

Johnson also said the current Steam Controller version won't be the last one. As for when a new one will come out, only something that would make a new version necessary will make it happen, according to him.

The Steam Controller, along with the Steam Machine and Steam Link, comes out on Nov. 10.