Hayden Panettiere Not Only Jeopardizing Relationship With Husband To Be Wladimir Klitschko But Also Her Career? 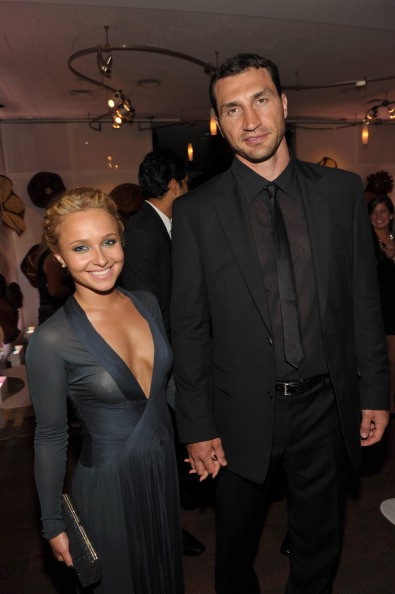 It's almost one year since, Hayden Panettiere had given birth to daughter, Kaya Evdokia Klitschko with husband-to-be Wladimir Klitschko, now she reveals that she's suffering from postpartum depression.

According to CBS News, the 26-year-old actress confirmed that she is now seeking treatment for her condition.

In a statement reported by E! News, Panettiere's rep revealed that the actress had voluntarity checked into a facility.

Apparently, due to her condition, she had to file an indefinite leave of absence from her hit TV show "Nashville," Scout reported.

The decision to leave "Nashville" had immediately fueled speculations that Panettiere is jeopardizing her career, but apparently she had no choice.

Now, producers of the show are reportedly working doubly hard to find a way to work around her absence.

Talking to "Live! With Kelly and Michael" as reported by Today, Hayden shared the struggle she's experiencing and how she can relate to her "Nashville" character, Juliette Barnes.

"I can very much relate," Panettiere, 26, said. "It's something a lot of women experience. When [you are told] about postpartum depression, you think it's 'I feel negative feelings towards my child; I want to injure or hurt my child.' I've never, ever had those feelings. Some women do."

She added, "But you don't realize how broad of a spectrum you can really experience that on. It's something that needs to be talked about. Women need to know that they're not alone, and that it does heal."

Not only did she have to leave her show, she and future husband, Wladimir Klitschko also had to postpone their wedding resolve such issues.

The Ukranian professional boxer had previously told Entertainment Tonight that there are more important things to take care of than planning a wedding.

"Now is for now -- when people get married there are different things they promise to each other and I understand the promising part, but I think [having] children is something that connects you until the end of your days no matter what," Klitschko, 39, explained.

"And I think that, Kaya, our daughter, has connected us forever. And that's the most amazing thing. Everything else is coming, it's something that needs to be planned ... but as I said, the connection with the child is better than any marriage!"