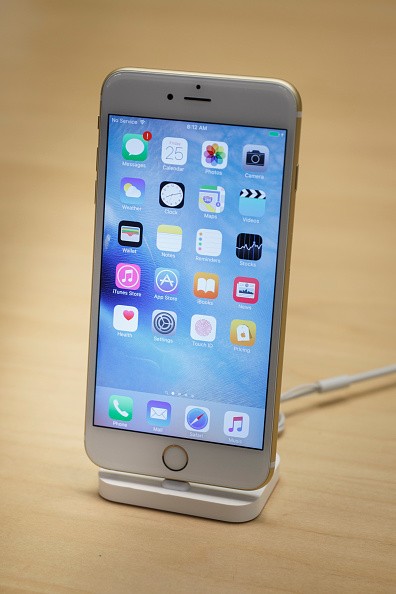 Apple has gone the extra mile in introducing the iPhone 6s' 3D Touch display by having interactive tables show it off to Apple Store shoppers.

A video from YouTube channel Grate App showed what are reportedly large tables with an LCD display on top seen on Apple Stores in New York and San Francisco where iPhone 6s handsets are attached to.

"Each iPhone displays an animated Betta fish - stars of the new 3D Touch-enabled wallpaper included in iOS 9 - that react to a customer's taps and deep presses," Apple Insider said.

When the feature is used, a ripple animation reportedly comes out of the handset and onto the table's display. The website pointed out however, that the tables' displays aren't touch-enabled "instead relying on input from what looks to be custom iPhone mounts."

AI said the interactive tables are manned by Apple Store employees charged with showing how the iPhone 6s 3D Touch display works. That's apart from keeping everything nice and clean.

Cupertino has been touting 3D Touch as their latest flagship smartphone's best feature.

"The reason it's such a big deal is because it offers a whole new level of input for users, which could be a very interesting for things like gaming, in which users could control different aspects of the game by pressing down a little harder on the display," Tech Times said.

Per the website, rumors suggest more manufacturers could implement their own version of the feature in their own devices.

As of now though, only two examples of the interactive tables demonstrating the iPhone 6s 3D touch display are available, "but it's possible that Apple could eventually roll them out to more stores," 9to5Mac said. Then again, the website said not every Apple Store may get one.

In the meantime, check out Grate App's video below: