Cameron Diaz & Benji Madden Will Have A Baby In New York? Actress Turned To IVF To Get Pregnant 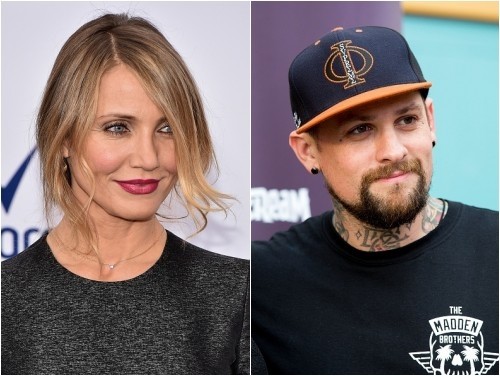 Cameron Diaz and Benji Madden are all set to have a baby and they are even planning to raise their future children in New York.

The 43-year-old actress is also considering starring in a play in Broadway after giving birth.

"She and Benji plan on nesting in New York with their new baby," a source told OK! Magazine. According to the website, the couple's family and friends are aware of their decision to relocate at the Big Apple.

The star of "Sex Tape" may not have any upcoming movies at the moment, but she's allegedly looking at doing plays.

"Cameron's taking a page out of Katie Holmes' book and wants to launch her acting career on Broadway," the insider revealed. However, it seems that it may still take some time before the actress will have a baby.

According to reports, the blonde beauty has turned to IVF because she's having a hard time conceiving.

"She's totally committed to making this pregnancy happen," an insider said. She even got some tips from Nicole Kidman and tried bathing in Aboriginal waters in Australia to boost her fertility.

Unfortunately, that didn't work so she ended up undergoing In vitro fertilization treatment despite the side effects. Last month, there were reports that Cameron Diaz is already pregnant with Benji Madden's babies. They are allegedly having not one, but two babies!

"When they found out they were expecting twins, Benji and Cam were in shock, but completely overjoyed," an insider told Life & Style. It's not surprising that the couple will have twins since the 36-year-old rockstar has a twin brother.

Joel Madden is the lead singer of their band Good Charlotte and he is also the husband of reality TV star Nicole Richie. The couple doesn't have twins, but they have a seven-year-old daughter Harlow and six-year-old son Sparrow.

According to the website, the "Annie" actress also wanted to have a boy and a girl. However, Cameron Diaz may face some pregnancy complications because of her age and her husband Benji Madden is very protective of her.

"They're being very cautious," their source said. "She's very healthy and everything looks great so far. They're hoping for the best."