Halloween Is Back, Along With The New Jersey Devil [PHOTO] 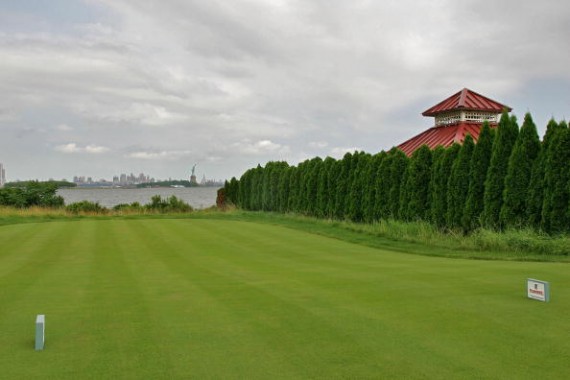 Halloween is upon us once again, as is the New Jersey devil.

A security guard, Dave Black, was shocked when he saw what he believed was a llama galloping through the trees while he was driving past a golf course in Galloway, New Jersey, according to The Huffington Post.

The creature wasn’t a llama, as it allegedly spread it wings and flew over the golf course at one point. Black reportedly grabbed his camera and began taking photos to capture the image.

Many people have chosen to disregard the photo.

“Yes, I swear it's not Photoshopped or a staged thing," explained Black.

“People have said it's fake, but it's not. I'm honestly just looking for an explanation for what I saw."

The New Jersey Devil legend is one that reportedly dates back to 1735.

A resident of Pines named Mother Leeds reportedly wished her child be born a devil after finding out she was pregnant for the 13th time, according to Weird N.J. Shortly after the child’s birth, the baby reportedly sprouted horns, hair, feathers and wings.

The child is reportedly believed to have killed its mother.

Tales of the New Jersey Devil have become a bundle of confusion, with museums claiming to have caught it, according to The Guardian.

“Some said it was white, others that it was brown. Some saw it fly, others saw it travel by great leaps, like a gigantic flea,” read one report of the devil.

The creature is reportedly most well known for its piercing scream.

We’ll just have to wait for the creature’s return to analyze it once again. For now, some choose to believe while others don’t.

“I was not particularly impressed,” stated Brian Regal, a professor of history at Kean University.