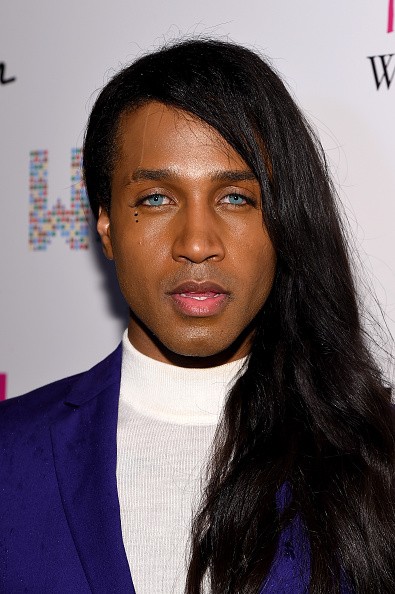 Sanchez reportedly told TMZ that he was driving around 3 a.m. Monday (Oct. 19) after dropping off a friend from and after-party. He allegedly fell asleep at the wheel as it drifted towards another vehicle.

TMZ said he admitted to not wearing his seat belt at the time of impact causing him to hit his head on the windshield and crack it.

"It's a miracle that reality TV star Bello Sanchez is alive, doctors say, following near-fatal head-injuries that he received during a car accident in metro Los Angeles," a rep told People earlier this week.

Bello Sanchez apparently fell asleep because of exhaustion and over-work following a packed schedule to appear in fashion shows in Los Angeles and Atlanta.

His Infiniti G37 was reportedly totalled. The "America's Next Top Model" cycle 22 contestant "was found lying unconscious on the ground next to the driver's door after attempting to flee from the smoking car."

"Doctors say that, had the airbags not deployed, the accident would have been fatal," the rep added.

The 26 year-old, known for his crystal blue eyes, was reportedly diagnosed with Post Traumatic Stress Disorder and anterograde amnesia which "causes an inability to create new memories, though long-term memories remain intact."

"He's expected to make a full recovery," the rep said.

According to EW, Sanchez set up a GoFundMe page hoping to raise $30,000 to help him cover the cost of medical bills. Per the page, the former "ANTM" cycle 22 contestant doesn't have health insurance.

The fashion-focused reality show will air its final episode Dec. 4. A new cycle won't come after "ANTM" was cancelled by The CW.