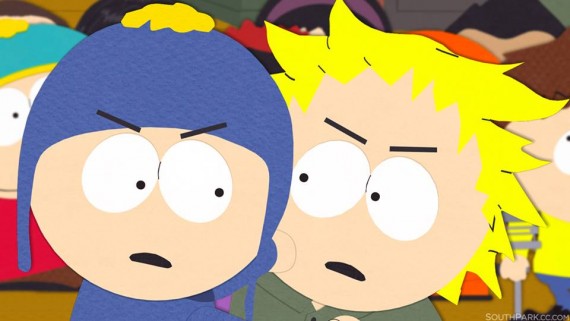 In last week's episode, Cartman was on the receiving end of body shaming on Twitter. Randy also felt exposed every time he's at Whole Foods leaving both characters wanting a safe space. If you haven't caught up yet, watch episode 5 first here.

But what can you expect in episode 6?

"The Asian girls in school are drawing dreamy pictures of Tweek and Craig in an all-new episode of 'South Park' titled 'Tweek x Craig' on Wednesday, October 28 at 10:00 p.m. ET/PT on Comedy Central," according to its official synopsis.

"The news of a romantic relationship between Tweek and Craig hits South Park Elementary. Mr. Hackey tries to figure out who started the rumor. Meanwhile, Cartman, who struggles to understand his friends' relationship, finds he has an admirer of his own."

Prior to season 19 episode 6's air date, South Park Studios called on fans to submit yaoi fan art of Tweek and Craig. Some made it to the show and were featured in the episode.

For the uninitiated, yaoi or "boy's love" is a Japanese genre of fiction which focuses on romantic or sexual relationships between male characters.

Are Tweek and Craig actually in a relationship? Find out when you watch the "South Park" season 19 episode 6 full live stream here or here.

A bunch of ads may pop up during the live stream but they can be closed by clicking on the "X" button. It's also important to remember not to download anything suggested.

"Tweek x Craig" can also be seen via Comedy Central or Hulu for US residents.

Watch the preview for this week's episode below: