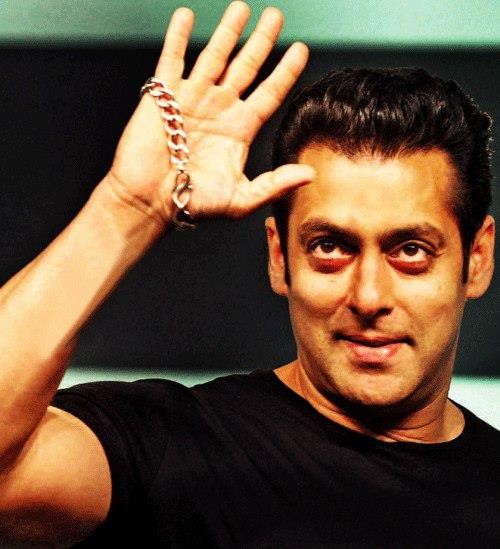 Is there any truth to the rumors spreading about Salman Khan and Iulia Vântur getting married soon? Apparently not and that's according to Khan's sister Arpita.

Earlier this month, Pinkvilla reported that Vântur's PR claimed that she's engaged with Khan and their wedding has been set for early next year.

But as India Today pointed out, no official announcement, not even from the Dabangg actor himself, has been made. The website reported of rumors Khan telling his family that Vântur is his girlfriend at his sister Arpita's wedding but there's also no official word on that.

Arpita finally spoke on the matter via Twitter and denied the rumors alleging Salman Khan and Iulia Vântur's wedding is on.

Do not believe everything you read in the papers or on different websites online.

Once again Khan continues to be silent on the matter, according to Hindustan Times.

As the publication noted, the 49-year-old actor's love life has been in the limelight as much as his acting career. Romanian bombshell Iulia Vântur follows stars such as Katrina Kaif, Aishwarya Rai and Sangeeta Bijlani as one of the women linked to him.

"Salman has chosen to brush off queries about his marriage, maintaining that marriage is not something that can be predicted," HT said.

While "Sallu's" 2015 film "Bajrangi Bhaijaan" was a huge success in his home country, the same can't be said of his rumored girlfriend's native Romania.

"[The film] which managed cross over Rs300 crores in India but earned only $3,773 in the first three days in this European country," Emirates 24/7 wrote.

Reportedly, the film was released in Romania after Vântur convinced her rumored boyfriend "because she wanted her countrymen to know him better." Khan was allegedly convinced by a producer friend and Eros International as well.

"Bajrangi Bhaijaan," translated to Brother Bajrangi in English, is a comedy-drama film that follows a man (Khan) as he tries to help a little Pakistani girl find her family and return to her homeland.