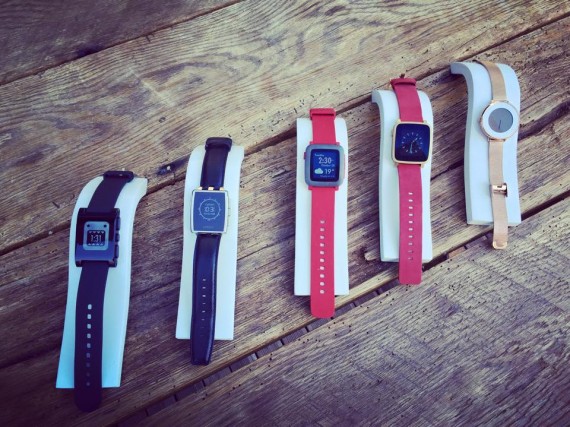 Interacting with your Pebble Time via voice commands will now be possible thanks to the smartwatch maker's partnership with Nuance Communications.

According PC Mag, the Time and Time Steel smartwatches now have the feature. Voice dictation will reportedly roll out for the Time Round on Nov. 8 in the US.

Developers are now taking a crack at adding voice support to their own apps as Pebble has already released a new Dictation API.

"Voice opens up a new world of possibility for wearable devices - in seconds, messages dictated by voice are sent right from the wrist with just a touch of a button," Nuance Mobile senior VP of devices Scott Taylor said in a statement.

"By opening the Dictation API to Pebble developers, more experiences will be delivered and consumers will be able to connect without having to look down at their device."

"From keeping in touch hands-free to controlling smart homes and connected cars, the possibilities are endless," Pebble said in a blog post.

"We're excited to see what developers build with this sweet new tool."

Pebble said firmware update 3.6 has been launched to support the apps that will come out built with the new API. Updates to both iOS and Android companion apps are now out as well. Apart from supporting voice commands, the new firmware also brings other updates including improvements to stability, notification and timeline.

Pocket-lint said users of both Google and Apple's OS "will be able to take advantage of these new voice features when they start appearing in apps."

The Pebble Time was launched earlier this year after a highly successful Kickstarter campaign. Months later in August, the Time Steel debuted. The Time Round is set for a Nov. release date.

It remains to be seen how voice commands will be incorporated into these smartwatches.