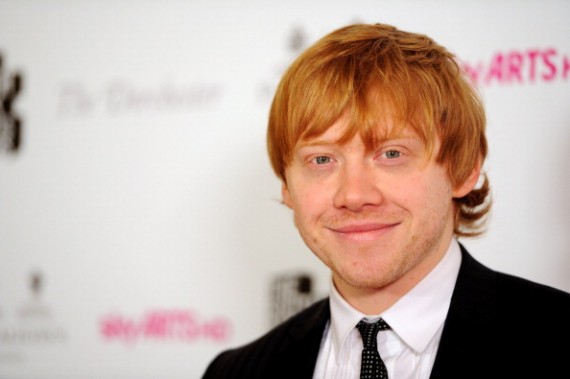 Rupert Grint's 2015 was kind of slow in terms of his acting career.

Ever since the "Harry Potter" movies wrapped up, the British actor was seen in a few indie films and a cameo in Ed Sheeran's music video for "Lego House."

But will things soon turn around before the end of 2015 as Rupert Grint takes on a new TV project in the States? Just like another "Harry Potter" alum, Alfred Enoch who now stars in "How To Get Away With Murder?" This time, there won't be wand-waving and spell-casting involved, though.

According to multiple reports, Rupert Grint is starring in an NBC TV pilot wherein he will play the role of the son of a famous comic book creator.

Deadline described Grint's character as a "low-level New York office drone obsessed with 'Imperial City,' a comic book series his father created before his death." And the name of Rupert's character in the said series? It's Rupert!

"Rupert has spent his whole life believing he owned all nine issues," Deadline reported. "But when a mysterious comic book collector reveals the existence of a tenth issue, Rupert discovers that the world of Imperial City is real, and he is the one person who can save it."

The series is still to be named but it is reportedly produce by Aaron Kaplan, who produced "Life In Pieces" and "Secrets & Lies" along with "Ugly Betty" creator, Silvio Horta.

The drama project was reportedly developed for the actor, who is a huge fan of comic books

Aside from acting in the superhero series, Grint will also be producing, while Horta and Kaplan will serve as executive producers under Silent H Productions, Kapital Entertainment and Warner Bros. TV.

Incidentally, this is not the first superhero-themed TV series Rupert Grint has starred in. Back in 2013, the "Harry Potter" actor starred in CBS comedy, "Super Clyde" wherein he plays a "meek, unassuming fast food worker who decides to become a superhero" after stumbling upon an enormous amount of money.

However, the show was ultimately rejected by the network since it was "deemed off-brand" and because "there was nothing compatible that CBS had to pair it with," Entertainment Weekly reported.

Rupert Grint is also set to star in the 2016 comedy film, "Moonwalkers." [Watch the trailer below].