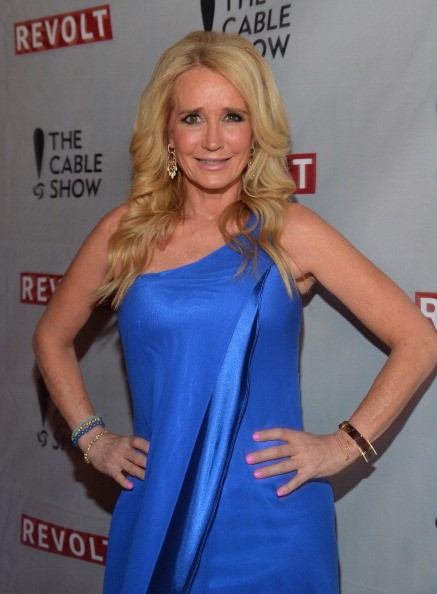 Kim Richards was detained by a Target security guard after she allegedly tried to carry out more than $600 worth of items on August 2, according to People.

Following her sentence in the shoplifting case, the former “Real Housewives of Beverly Hills” star is now looking to move forward in a positive way.

“It was a rough time for a bit there but it’s just putting everything back in order and just really focusing on my family and me.”

“At the moment, Kim seems to be doing OK. She goes to AA. She's trying to get some projects off the ground. There are three or four in the works,” a source close to Richards told E! News.

Rumors that had reportedly surfaced regarding Richards’ living situation were shut down as well.

“She was never homeless or living out of her car," the friend explained.

“After rehab, she had to quickly move out of the place she had been renting because the owner of the house decided to sell it. So she had a lot of stuff stored in her SUV. People made assumptions she was living out of her car. She wasn't. She stayed at Kathy [Hilton's] for a bit and she was also in a hotel. No one would ever let her be homeless."

“Real Housewives of Beverly Hills” viewers were able to see Richards’ relationship with her sister, Kyle Richards, go through its up and downs. The source reportedly stated that the relationship between the two has improved.

“Her relationship with Kyle is better. At one point, things really weren’t good. But they’re better now. Family is family,” the source stated.