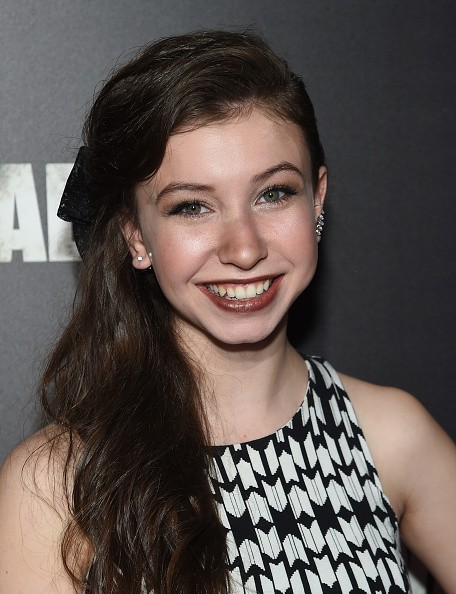 Since last week's "The Walking Dead" season 6 episode, fans have been coming up with theories on how Glenn might have survived death. One such theory involves Enid saving him, which actress Katelyn Nacon discussed.

The episode ended with Enid leaving Alexandria after the Wolves attack, which means "she was already out on her own by the time Nicholas shot himself and took Glenn with him," according to Wetpaint.

The website speculated that if Glenn (Steven Yeun) escaped death by crawling under the dumpster, Enid could come and save him from the walker horde.

But didn't walkers rip Glenn's guts out in last week's The Walking Dead" season 6 episode? Many fans believe it's actually Nicholas (Michael Traynor) getting snacked on by the undead.

"What if in falling on top of Glenn, his body acts as a human shield so the zombies will feast on his remains and overlook what lies beneath?" Vanity Fair speculated.

Back to Enid saving the fan favorite from death, Nacon told Wetpaint that she thinks her character's plan is to "get away from Alexandria because it was getting really messed up there at that time."

Reportedly, she also revealed that "only time will tell" when fans see Enid again.

"I hope soon. It's never going to be soon enough for me," she added.

By the time she returns though, the Georgia native said on "Talking Dead," fans will be "pleasantly surprised." Perhaps because she'll save Glenn?

"[When I said that] I didn't even know Glenn died in the next episode because I haven't gotten the scripts since I haven't been in the episodes because she's gone," Nacon told Wetpaint.

Despite not knowing what happens next, the 16-year-old actress did confess that she likes the fan theory of Enid saving Glenn.

So is Glenn alive or dead? According to The Spoiling Dead Fans, you'll have to wait until "The Walking Dead" season 6 episode 7, which airs Nov. 22, to find out.