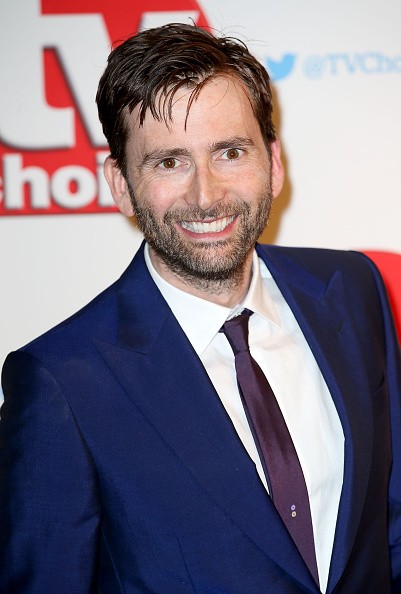 David Tennant's The Purple Man is front and center in new "Jessica Jones" promotional material. Could the Scottish actor's acting chops and charisma be what the Netflix series need for success?

In the weeks leading up to its Nov. 20 premiere, the Krysten Ritter starrer has released new teasers, this time featuring villain Zebediah Kilgrave/The Purple Man.

Collider spotted a new image on the show's Netflix page featuring the titular heroine facing the sadistic killer. The Purple Man has mind control powers which work differently than what audiences are used to.

"The character can emit pheromones from his skin that make people susceptible to his verbal commands," the website said.

Unlike his comic book counterpart though, "Jessica Jones" chose to portray its villain in a different manner.

"Rather than covering Tennant with body paint, it appears that the world takes on a purple hue when his powers of persuasion are being utilized," Comic Book Resources said.

The Netflix series also debut a new poster, which also has a motion version, with The Purple Man as its main focus.

David Tennant is known for his good-guy roles in "Doctor Who" and "Broadchurch" but clearly, he's taken a complete turn in his role as the arc-nemesis to Ritter's superhero-turned-detective.

As Inverse pointed out, The Purple Man is up to all kinds of evil "from kidnapping, imprisonment and sexual assault." The website proclaimed that he "might be the best thing about the whole series."

"Armed with years on the Shakespearean stage and possessing a distinct voice and swagger, David Tennnat could join Jon Bernthal, Vincent D'Onofrio, Robert Downey Jr. and Hayley Atwell in the ranks as one of the best casting choices throughout Marvel's TV and movie efforts."

Fans won't have to wait for long how David Tennant's Purple Man will mess with the heroine's head. All 13 episodes of "Jessica Jones" premieres Nov. 20 on Netflix.