Sinai Plane Crash: A ‘Bomb On Board’ Caused The Crash, Not A Missile, Expert Says 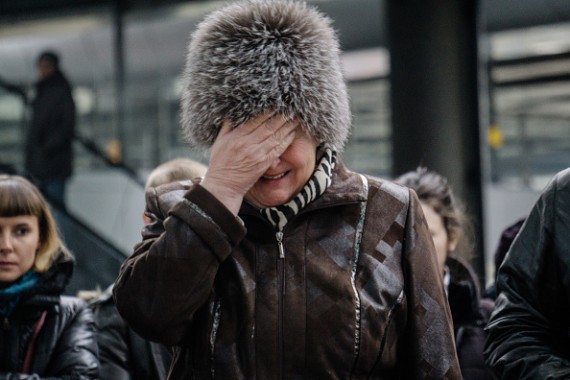 On Saturday morning, the Sinai plane crash killed all 224 people on board and investigations have begun to identify the cause of the tragedy. Looking into the debris left by the crash and the distance among fragments, Russia's Interstate Aviation Committee's executive director Viktor Sorochenko theorized that the place split into two.

"Disintegration of the fuselage took place in the air, and the fragments are scattered around a large area (about 20 square kilometers)," Sorochenko told the media.

And while Islamic State In Sinai, whose forces are strong and active in the surrounding area of the crash site, claimed they had downed flight KGL9268, experts denounce the claims saying that the jet was cruising above the maximum range of any surface-to-air missile. Egyptian Prime Minister Sharif Ismail confirmed that at 31,000 feet (altitude), Airbus 321 could not be brought down by weapons the ISIS are known to possess.

CNN aviation analyst and former managing director of the U.S. National Transportation Safety Board Peter Goelz, accordingly, ruled out terrorism theories and added that what happened must be a catastrophic failure, which also ruled out human error or human failure theories.

The descriptions given by Sorochenko and Goelz about the Sinai plane crash had director general of the Royal United Services Insitute and professor Michael Clarke speculate that there must have been a bomb causing an explosion on board, saying (via BBC), "Early reports said that [the aircraft] split into two and that suggests a catastrophic failure, not a mechanical failure, but that suggests perhaps an explosion on board."

"So I'd be much more inclined to think if we have to guess at this stage, it's much more likely to have been a bomb on board rather than a missile fired from the ground," he added.

Professor Clarke, however, noted that other than a bomb on board, there can be other causes on an explosion like a center fuel tank exploding as a result of an earlier maintenance problem. He suggests to trace the entire maintenance history of the plane to check if all corrections and repairs that had been ordered have been done. Per record of the Aviation Safety Network, the same plane that crashed had a minor accident in 2011 when its tail struck a runway in Cairo.