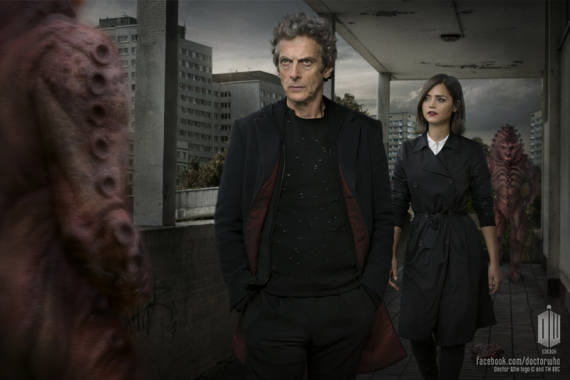 Episode 7 sets the stage for the return of familiar faces, as well as familiar foes. It's a new adventure this week for the Doctor and Clara. Last week's episode wrapped up Ashildr's (Maisie Williams) story. Go here if you haven't caught up.

This week, Osgood (Ingrid Oliver) returns to "Doctor Who," to the surprise of fans. As Hollywood Take pointed out, she was killed in the hands of Missy (Michelle Gomez) last time she was seen. But even Oliver was surprised Osgood gets to come back.

"I was so sure Osgood was a goner after the last series!" the actress told the BBC before season 9 premiered. Also making her return is BAFTA-winning actress Rebecca Front.

Returning with them though is the shape-shifting alien race, the Zygons. So what happens in episode 7?

"The Zygons, a race of shapeshifting aliens, have been living in secret amongst us on Earth, unknown and unseen - until now!" the episode's official synopsis reads.

"When Osgood is kidnapped by a rogue gang of Zygons, the Doctor, Clara and Unit must scatter across the world in a bid to set her free. But will they reach her in time, and can they stop an uprising before it is too late?"

Don't miss out on this two-part adventure. Watch the "Doctor Who" season 9 episode 7 live stream here or here.

A bunch of ads may pop-up during the live stream but let them get in the way. Click on the "X" button to close all of them. You may also be required to sign up for a free account before watching.

For US-based Whovians, the latest episode of "Doctor Who" can be seen on the BBC America website. British fans can watch the live stream via the BBC iPlayer.

In the meantime, check out the trailer for season 9 episode 7 below: